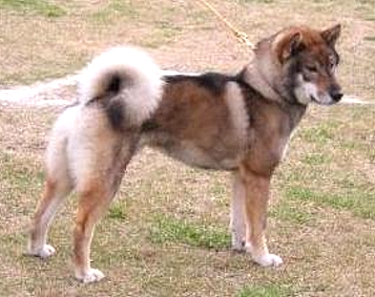 The Shikoku (Japanese: 四国犬) is an ancient medium-sized spitz named after Shikoku Island in the mountains of the Kochi Prefecture that was originally bred thousands of years ago to hunt deer and wild boar.

In the early 1930s, the Shikoku was identified as one of six primitive, indigenous Japanese dogs by cynologist, Haruo Isogai. The Nihon Ken Hozonkai (NIPPO) was formed to preserve these six breeds.

Health: Healthy breed. Some may be susceptible to elbow and hip dysplasia. 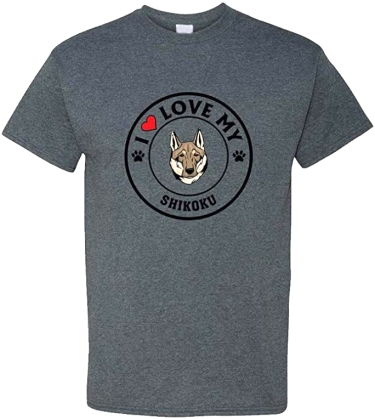 I LOVE MY SHIKOKU T-SHIRT