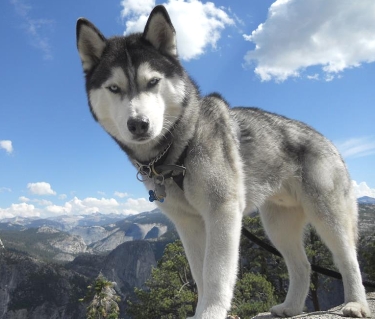 The Siberian Husky descends from the Chukchi sled dog, which was bred in the Soviet Arctic for over 3000 years before it was introduced to North America. The nomadic tribes that bred the dogs used them to pull sleds and herd reindeer. Like all sled dogs, the breed is able to work hard for long periods of time with little food.

In the late 1800s, a fur trader named Olaf Swenson brought the first Chukchi’s to North America and began a successful breeding program. The dogs soon gained popularity as excellent participants in the growing sport of sled-racing. The most famous team driver of the time was a Norwegian, Leonhard Seppala, who won the All-Alaska Sweepstakes three years in a row. He later moved to the States and contributed a great deal to the breeding programs of Siberian Huskies on this continent.

The breed was officially recognized and renamed the Siberian Husky in 1939. Since then, the popular breed has worked its way into the hearts of many families as a devoted pet. The Siberian Husky needs plenty of room to run and exercise.

Color: The colors of the Siberian Husky’s coat ranges from shades of white to wolf-gray to sable to black. A prominent feature is the cap and mask markings on the faces of many of the Siberians. Regular, thorough brushing is needed, particularly during shedding season.

Temperament: The Siberian Husky’s character consists of a good disposition, a gentle manner and an independent attitude.

Health Problems: Epilepsy is highly suspected to have a genetic component in the Siberian Husky breed. The life expectancy of a Siberian Husky is 12 – 15 years.

Special Interest: In the winter of 1925, a team of Siberian Huskies, driven by Leonhard Seppala, delivered life-saving serum to Nome, Alaska which was threatened with a diptheria epidemic. A commemorative statue of the lead dog, Balto, now stands in Central Park, New York. 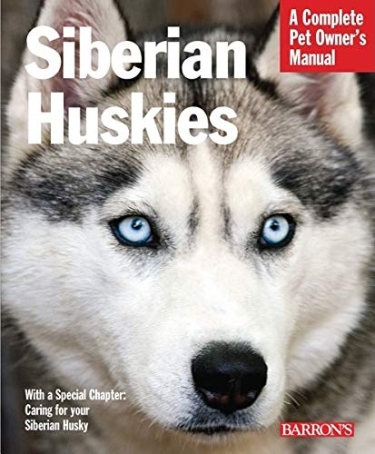