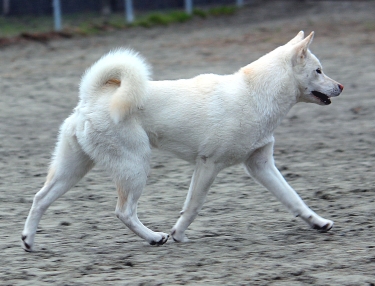 The Kishu Ken  (Japanese: 紀州犬) is an ancient medium-sized spitz named after the Kishu region of Japan, now Mie Prefecture and Wakayama Prefecture.

Originally bred over 3,000 years ago to hunt deer and boar, today they are still the most commonly used purebred native Japanese breed to hunt wild boar. Like the Shiba Inu, they will quietly stalk their prey and not bark until they attack.

In the early 1930s, the Kishu Ken was identified as one of six primitive, indigenous Japanese dogs by cynologist, Haruo Isogai. The breed was standardized in 1934.

Health: Healthy breed. Some may be susceptible to elbow dysplasia, allergies and autoimmune illnesses or skin conditions.

Special Interest:
• One person / one family dog.
• Designated a National Japanese Treasure in 1934.
• Legend has it that the progenitor of Kishu Ken breed was a Honshu Wolf.
• One of the six native Japanese spitz breeds that include the Akita, Shiba Inu, Kai Ken, Hokkaido and Shikoku. 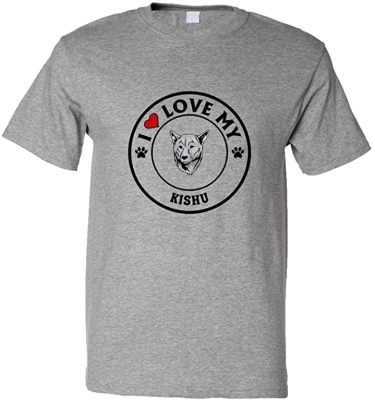 I LOVE MY KISHU T-SHIRT