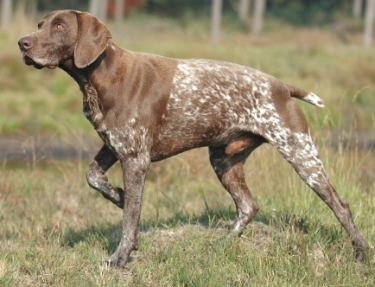 The German Shorthaired Pointer is well-balanced, symmetrical, athletic and lean. The development of the breed began in the 1870s when hunting in Germany was no longer restricted to the nobility. Sportsmen could not afford to keep several specialized breeds and needed a hunting dog capable of tracking, pointing and retrieving on land or in water.

This breed, known as the Kurzhaar in Germany, featured superior scenting abilities, endurance, agility, and intelligence. By the early 1900s the breed was officially recognized by the various kennel clubs and the breed soon gained popularity as a true gundog on this continent as well. The German Shorthaired Pointer adapts well to both city and country life, however, be warned that this is an extremely active dog which requires plenty of exercise and play.

The German Shorthaired Pointer was first admitted into the The American Kennel Club (AKC) studbook in 1930.

Height: The height of the German Shorthaired Pointer is 21 to 25 in. (53–63 cm) Males are slightly larger than females.

Coat Type: Short, thick, rough feel (except the head and ears where it is soft). The undercoat is dense and stiff making it protective against the elements. Easy to care for coat – regular brushing is required and a bath only when necessary. Note that the short, stiff hairs are known to get stuck in soft furniture (couch, chairs). Average shedder. 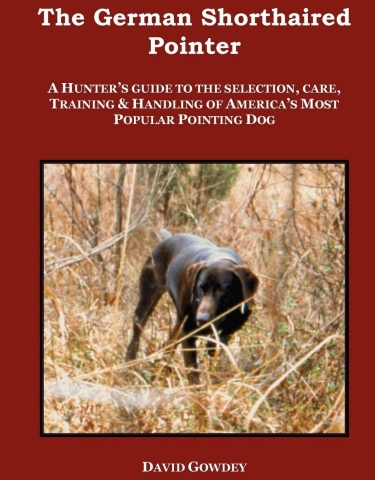