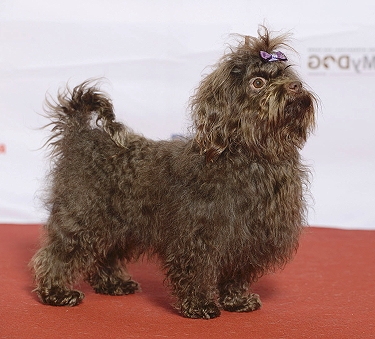 The Russian Tsvetnaya Bolonka or Bolonka (Russian: Болонка) is a rare toy breed of the Bichon-type that was developed in Moscow and Saint Petersburg, Russia over a period of three hundred years from small dogs such as the Lhasa Apso, Bichon Frise, Toy Poodle, Shih Tzu, Pekingese and Bolognese.

The Bolonka’s origins date to the early 18th century when King Louis XIV of France (1638-1715) presented a small Maltese-type dog as a gift to Russian nobility. In 1812, more of the Bolonka’s Bichon-type ancestors migrated to Russia with Napoleon’s army where these little white dogs were known as the French Bolonka and became quite popular with the ladies of French and Russian aristocracy. After the 1917 Revolution, breeding and gifting between the French and Russian aristocracies ceased and the Russian dogs became isolated. By the 1950s, they were considered a native breed.

With the exception of the Russian Toy, Russia was never known for its toy breeds because of its economic need for working dogs. This was especially true after the 1917 Revolution and strictly enforced, though not prohibited, under Josef Stalin (1927-1953). Beginning around 1960, under Nikita Khrushchev, restrictions on breeding toy dogs was lifted in the U.S.S.R.

The breed was named the Russian Tsvetnaya Bolonka in 1966 and the first standard was registered by the Russian Kennel Federation (RKF) in 1997. 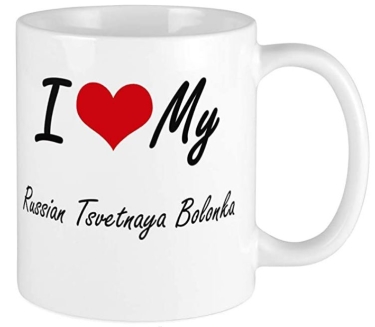