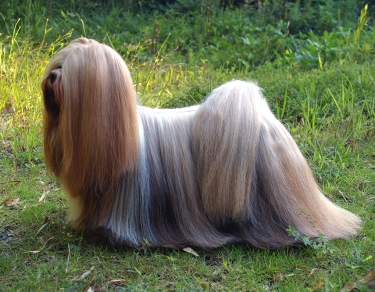 The Lhasa Apso originates from Tibet where it has been bred since 800 BC as an indoor guard dog. It was also used as a sentinel in the temples and monasteries, announcing strangers or intruders with a keen bark. Lhasa was the capital of Tibet, and “apso” is thought to come from a term originally meaning “barking-lion sentinel dog”.

These dogs, considered to be vessels of good luck, were never bought and sold but were given freely as gifts or tokens of appreciation. It is in this manner that the Lhasa Apso slowly found its way around the world; in fact the first of this breed to appear in the States were gifts presented by the Dalai Lama to American friends. The Lhasa Apso adapts well to small living quarters provided he can take a short, daily walk.

Coat Type: The long, flowing coat of the Lhasa Apso is straight, heavy and dense. Plenty of grooming is required to keep the coat from tangling.

Color: All colors are acceptable for the Lhasa Apso breed.

Temperament: Bred as a indoor watchdog for over 2000 years, the Lhasa Apso by nature is wary of strangers but is friendly and open with those he knows and loves. He is keen, alert, and loyal.

Health Problems: The Lhasa Apso is generally a healthy breed that can live into its early 20s! They may be affected by some health issues that include with hip dysplasia, eye and digestive problems.

Special Interest:
• The Lhasa Apso was a sacred and revered dog long ago in Tibet. Not only were they thought capable of warding off evil forces, but many also believed the soul of the dog’s owner entered into the pet upon dying. 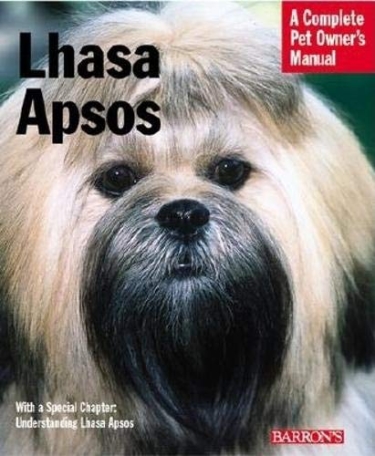