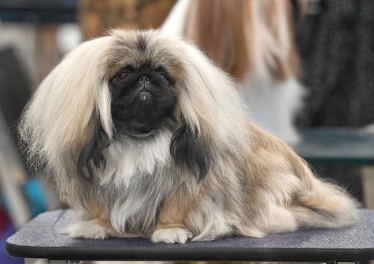 The Pekingese is an ancient breed which has existed in China since 900 AD. There it remained, tightly guarded, until the 19th Century. Ownership of the Pekingese was restricted to the royalty of the Chinese Imperial Court, where the dogs were pampered and lived luxurious lives since the Chinese believed the dog was a harbinger of good luck.

When the first few dogs were imported to other parts of the world in the last half of the 1800s, the breed gained instant popularity due to its appearance, personality and mysterious past. The breed was officially recognized in North America in 1909 and 1910. The Pekingese fits in well in small accommodations and does not require much exercise. He does not do very well in the heat.

Coat Type: The lion-like mane and coat of the Pekingese is long, straight, and coarse yet soft. There is also a dense fluffy undercoat. A daily, thorough brushing is required with this breed. Eyes, ears and nose wrinkles often require attention as well.

Color: All colors are allowed for the Pekingese.

Temperament: The Pekingese is a proud, courageous little dog that is independent and bold, yet friendly and loyal to his owners.

Health Problems: The Pekingese is prone to several health issues including breathing, eye, and back/ spinal problems in addition to congestive heart failure which is the leading cause of death in this breed. The Pekingese can live up to 15 years.

Special Interest: The original breeding stock which arrived in England was claimed during the raid of the Summer Palace in Peking in 1860. While most of the palace dogs were killed before the invasion to prevent them from being stolen alive, soldiers discovered five of these little dogs protecting the body of the Imperial Princess, who had taken her life. These five were brought back to England and one was presented to Queen Victoria, which she named “Looty.” The Pekingese was then instantly popular. 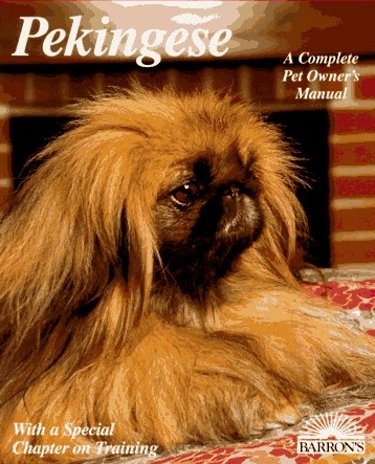