However, after four centuries of luxurious living, royal tastes changed and Bichon Frise found itself out on the street where it soon worked its way into the hearts of the common people. The breed’s amiable and cheerful personality assured its future, and after WWI, several breeder’s joined forces and determined that the breed would be taken seriously. By the end of the 1930s the Bichon Frise was recognized by the French Kennel Club, but was not recognized in North America until the 1970s.

The breed fits well in a family where room and activity levels are small or moderate, but where pampering is abundant.

Coat Type: The coat of a Bichon Frise is at least 2″ (5 cm) long and is soft and silky and somewhat curly. The usual color is all white but shades of cream or apricot are allowed. The Bichon Frise’s coat needs frequent grooming, including bathing and clipping, is recommended to keep the coat looking healthy and clean.

Temperament: The Bichon Frise is an endearing little dog whose charming ways and affectionate disposition have won him favor the world over. He is also easy to train and his antics are often entertaining.

Special Interest: While the Bichon Frise was discovered by sailors in the Canary Islands in the 14th Century, the ancestors of these dogs actually originated from the Spanish mainland centuries before. 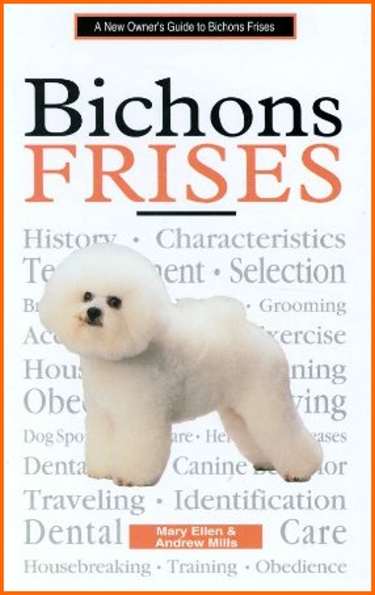