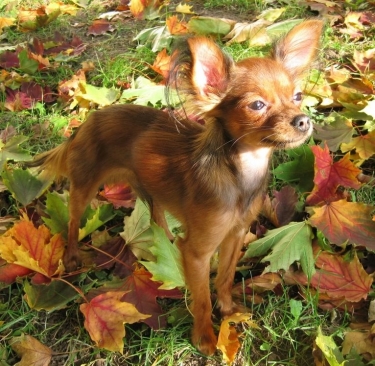 The Russian Toy is a tiny breed originally bred for the aristocracy in tsarist Russia from the English Toy Terrier, also known as the Toy Manchester Terrier.

The Russian Toy dates back to the arrival of the English Toy Terrier in Russia in the 18th century. The Zoological Museum in St. Petersburg exhibits a preserved specimen of a small black and tan terrier from 1716-1725 that bears the inscription: “Dog of the sleek haired terrier breed named Lisetta, belonged personally to Peter the Great.”

For centuries it was accepted that the short-coated Russian Toy Terrier and the long-coated Moscow Toy Terrier were two separate breeds. In 1988, the Russian Kynological Federation published a new breed standard, combining both as the Russian Toy Terrier. “Terrier” was dropped from the name when the breed was registered in 2006 with the Fédération Cynologique Internationale (FCI). 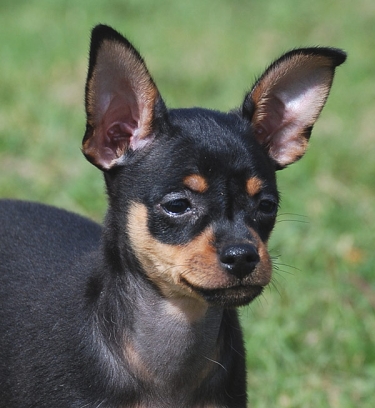 Special Interest:
• One of the smallest breeds in the world
• The Russian Revolution of 1917 nearly exterminated the Russian Toy.
• Also know as the Russkiy Toy, Russian Terrier, Moscow Toy Terrier and Moscovian Miniature Terrier. 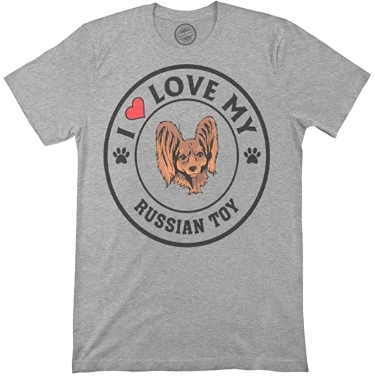 I LOVE MY RUSSIAN TOY