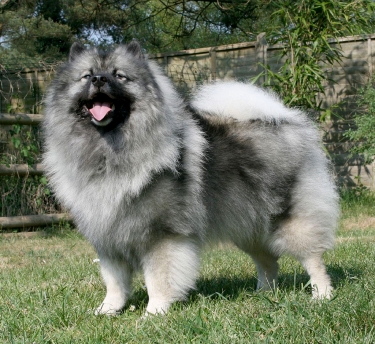 The Keeshond is attractive, medium sized, well balanced and sports an eye catching luxurious coat with a plumed, curled tail. The Keeshond is friendly, affectionate, alert and intelligent. They are of arctic origin and are thought to have similar strains related to the Samoyed, Finnish Spitz, Norwegian Elkhound and the Pomeranian. Keeshonden were used as companions, watch dogs and also as vermin controllers on smaller boats and barges in the 18th and 19th centuries.

In the late 18th century, the Keeshond was recognized as a symbol of the Dutch patriot party which stood for the common people. The party was led by Cornelius de Gyzelaar – nicknamed “Kees” – who had a Keeshond as his constant companion. This is also where the breed took its name. The revolt lost against the House of Orange, therefore, many disposed of their Keeshonden because they were viewed as being associated with the opposition.

In 1920, Baroness van Hardenbroek took a genuine interest in reviving the breed which had lost much of its appeal with the general public (they were still used and owned by farmers, captains and truck men). Her breeding program was successful, word quickly spread throughout Europe and ten years later, the Dutch Keeshond Club was established.

The Keeshond breed did not gain popularity in the US until after the end of WWII and today they are enjoyed as the perfect all around family pet.

Height: The ideal height of a Keeshond is when measured at withers is 18 inches for males and 17 inches for bitches.

Coat Type: The Keeshond has a plush, dense double coat. The outer coat is long and harsh and the under coat is thick and wooly. Thick ruff around the neck and a plumed tail.

Color: The Keeshonden coat has a mixture of gray, black and cream colors which can vary from light to dark. The tips of the outer coat are black and the under coat is silver or cream – but never tawny. Daily brushing with a stiff brush is necessary to keep the coat in good condition. Bathe only when necessary. Keeshonden are heavy shedders – in the fall and spring.

Temperament: The Keeshond is an excellent family pet and wonderful with children. They love being part of the family and are not meant to be left outside. The Keeshond is alert and will bark at strangers making them a great watch dog. Keeshonden are intelligent and very quick learners. They are sensitive, therefore training should be done in a gentle, yet firm and consistent manner. The Keeshond is not aggressive – it is affectionate, lively and sociable. Keeshonden generally get along with other dogs. Daily exercise such as a walk or free play in an open field are recommended.

Health Problems: Keeshonden are generally healthy. Some health concerns include: hip dysplasia, luxating patellas, epilepsy, hypothyroidism and primary hyperparathyroidism. The average life span of a Keeshond is between 12 and 14 years.

Special Interests:
• The first Keeshond was registered with the American Kennel Club in 1930.
• The Keeshond Club of America was organized in 1935.
• Keeshonden are trained to serve as guide dogs for the blind.
• Keeshonden are affectionate and make great comfort dogs – Rescue workers at Ground Zero were comforted by a Keeshond.
• Keeshond is pronounced: kayz-hawnd. The plural of Keeshond is Keeshonden.
• The Keeshond is the national dog of Holland.
• ‘Kees’ is a nickname for Cornelius de Gyselaer who led the Patriot party against the House of Orange and ‘hond’ is a Dutch word for dog. 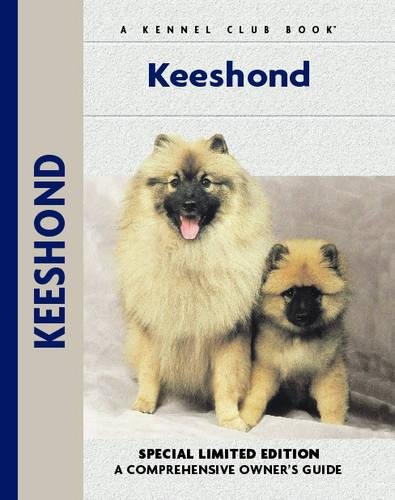