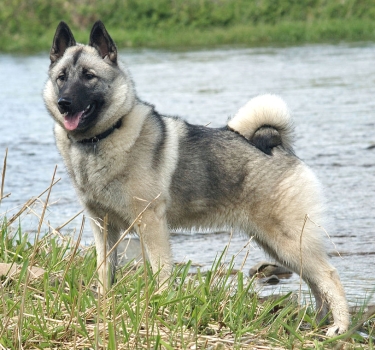 The Norwegian Elkhound is a typical Spitz and was used by Scandinavians as a hunting dog of big game such as bear, wolves and moose. These dogs were also used as herders, guardians and trackers. The Norwegian Elkhound is squarely built, medium in size and has amazing stamina. They are known work endless hours every day without tiring. The breed is also recognized for its ability to endure extremely rugged terrain as well as harsh, sub-arctic temperatures. Norwegian Elkhounds are fearless, strong and muscular.

Norwegian Elkhounds have long history of a strong bond with their master. Today they are just as loyal and devoted and are perfect for a family willing to give them plenty of love and attention.

Color: The Norwegian Elkhound has a gray, black and white coat. 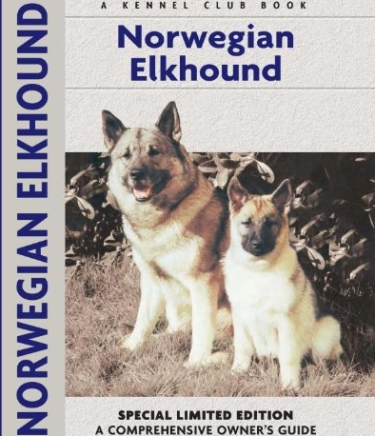