The Irish Setter is an elegant breed with a long and lustrous Mahogany coat. They are intelligent, playful, loving and high spirited. These dogs were developed in Ireland in the early 18th century specifically for hunting birds. Irish Setters are swift in the field and have excellent hunting abilities.

Early ancestors of this breed had red and white coats, however, by the 19th century, a solid red Irish Setter first appeared and became most desirable. Today in the United States, Irish Setters typically have a sold red or Mahogany coat. This solid coat is the only acceptable type in the show ring according to the AKC, although the Standard does not penalize for a small amount of white on chest, throat or toes, or a narrow centered streak on skull.

The Irish Setter breed was first imported to the United States in the 19th century. These dogs quickly became popular and remain so today, not only in the US, but all across the world. Irish Setters are recognized as being “one of the most beautiful of all dog breeds”.

Coat Type: The Irish Setter’s coat is moderately long, silky and glossy. The hair is short on the head and forelegs. Daily brushing or combing is necessary. The Irish Setter is an average shedder.

Color: The color of the Irish Setter’s coat is Mahogany – deep, reddish brown.

Temperament: Irish Setters are playful, energetic and high spirited. They’re also affectionate and great with children and they make a wonderful companion. Irish Setters are very intelligent and can be housetrained quickly and easily. Owners must be firm, yet patient and always loving, never harsh or cruel especially when training. This breed has a very high energy level therefore should be exercised often – especially so they can run, play and stretch their legs. Irish Setters have a strong hunting instinct and will take off on a scent so they should be kept in a secure area when out to play. This breed is slow to mature – both physically and mentally.

Special Interests:
• Irish Setters’ ancestors were originally bred to be red and white.
• In Gaelic, the name ‘Irish Setter’ translates to Madra rua or “red dog”.
• In the United States, the Irish Setter was initially called the Irish Red Setter.
• Irish Setters are commonly recognized as being one of the most beautiful of all dog breeds.
• The Irish Setter breed is believed by most to have been developed from a mix of Irish Water Spaniel, English Setter, Irish Terrier, Pointer and Gordon Setter. 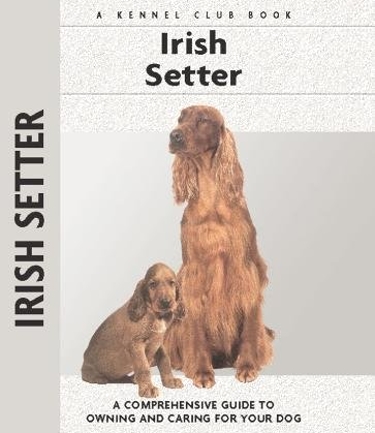