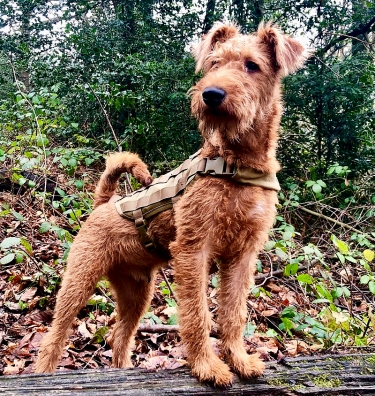 Irish Terriers are medium-sized, compact dogs with a distinctive proud appearance. They’re very courageous, feisty and bold. Irish Terriers were bred to be working dogs to kill vermin (a “ratter at heart”), hunt small animals and they were even used as a messenger and sentinel in WWI.

The breed’s exact origin is debatable, however, there is evidence suggesting the Irish Terrier is certainly one of the oldest of the terrier breeds. There is a reference to the breed in Vero Shaw’s The Illustrated Book of the Dog written in 1881 where George R. Krehl wrote, “”The Irish Terrier is a true and distinct breed, indigenous to Ireland and no man can trace its origin which is lost in antiquity . . . ”

Irish Terriers were very popular – especially in England in the 1880s. The breed made its way to the US in the late 19th century and quickly became popular there as well. Today Irish Terriers make a good family pet, just as they did for Irish families long before they were ever officially recognized as a breed.

Height: The ideal height of an Irish Terrier is approximately 18 inches (46cm) when measured at the top of the shoulder.

Coat Type: Irish Terriers have a double coat. The outer coat is wiry, harsh and dense which helps protect against environmental elements. The under coat is soft and has a fine texture. Regular brushing and hand stripping (a few times a year) helps to maintain the Irish Terrier’s coat.

Color: The color of the Irish Terrier’s coat is red – however the coat can also be red wheaten or wheaten.

Temperament: Irish Terriers have a lively spirit. They’re very courageous and bold – to the point of possibly being reckless. This loyal and sensitive breed does well with children and they need to be a part of the family, not just an observer. Irish Terriers are intelligent and learn quickly. Training should be firm and consistent, but never in a harsh manner. Early socialization is very important (they can be aggressive with other dogs). Irish Terriers are energetic and need regular, daily exercise such as a brisk walks or jogging. Free play where they can run is equally as important, but should only be in secure areas. Irish Terriers have a natural hunting instinct and will chase, so it’s important to always keep them on a leash if not in a secure area. Irish Terriers make great watch dogs – they do not bark unnecessarily.

Health Problems: Irish Terriers are generally a very healthy breed, although a few health concerns have been noted – hypothyroidism, cataracts, hyperkeratosis (thickening of the skin) and cystinuria (autosomal recessive metabolic disorder). The life expectancy of an Irish Terrier is between 12 – 15 years. 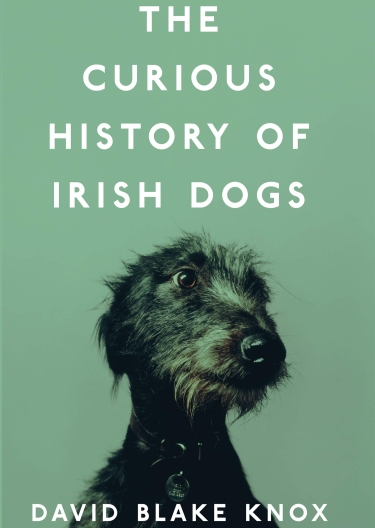