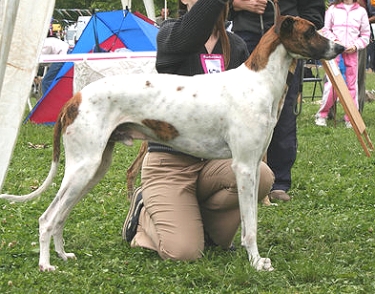 The Hungarian Greyhound, or Magyar Agár, is a hunting and coursing sighthound that originated during the 10th century in Hungary and lands that previously belonged to the Austro-Hungarian Empire (Romania, Transylvania).

The breed has been traditionally used for tracking, racing and retrieving game such as rabbits, fox, deer, wolf and antelope. It is important to note that the Hungarian Greyhound is not a Greyhound, but descended from the ancient hounds of Egypt, as is the Borzoi, Afghan and Saluki.

The Hungarian Greyhound is not as fast as a Greyhound on short sprints, but possess greater endurance and stamina over a longer distance.

Special Interest:
• Also known as the Hungarian Agar, Hungarian Gazehound and Hungarian Sighthound.
• Hungarian national breed.
• Fossils dating over a thousand years old have been found in the Carpathian Mountain Range.
• Early Hungarian Greyhounds were expected to run 19 to 31 miles per day (30-50 km) during training. 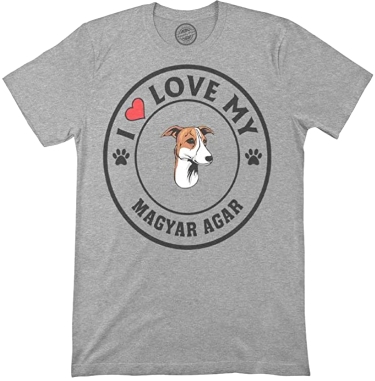 I LOVE MY MAGYAR AGAR