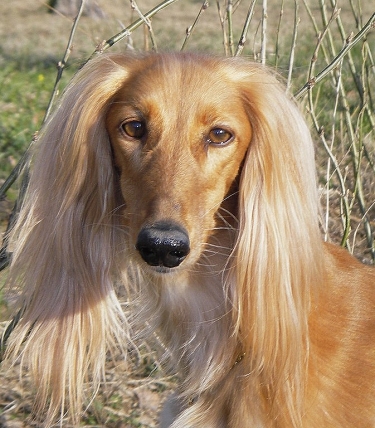 The Saluki’s athletic appearance gives the impression he is capable of great speed and endurance. He is gentle, intelligent and devoted. The Saluki is an ancient breed which dates back thousands of years ago to the Middle East. Archaeologist have found images which resemble the Saluki in many artifacts.

Additionally, historians believe this type dog was held in such high regard that he was mummified as the Egyptian Pharaohs were. The Saluki is also known as the Royal Dog of Egypt.

The Saluki is a natural sight hound used mostly for chasing gazelle and hares since he has the ability to run at great speeds for a long periods of time. The Saluki is also used as a companion and a guard dog.

Height: The height for a Saluki can range from 23 – 28 inches (58 – 71 cm) when measured at the shoulder. Bitches are generally smaller. AKC Standard.

Temperament: The Saluki is intelligent, sensitive and independent – which is oftentimes mistaken for being aloof. This is a calm natured breed with a cat-like personality. Training must be done in a consistent, firm, patient and positive manner and the Saluki owner must always be viewed as his pack leader. A lot of positive reinforcement is necessary with Salukis. They need daily exercise (love to run), but caution must be taken when outdoors because this natural sight hound breed will take off and will not respond to your return command. The Saluki does better with older children who do not roughhouse. Although the Saluki can be reserved (even with his own family), he does not like to be left alone. This breed enjoys the company of his family and is very devoted.

Health Concerns: There are no major health concerns to the Saluki which is considered a very healthy breed. The Saluki usually lives up to the age of 13 and many until 15 and older.

Special Interest:
• The Saluki is also referred to as the Royal Dog of Egypt, Gazelle Hound and Persian Greyhound.
• The Saluki is the mascot for Southern Illinois University. 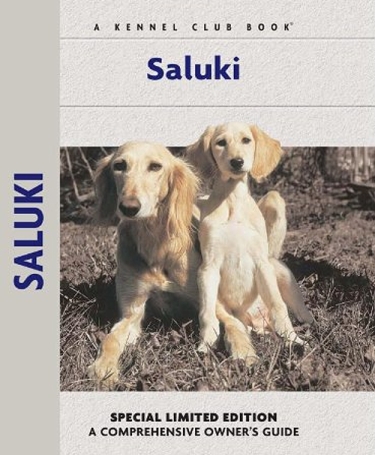