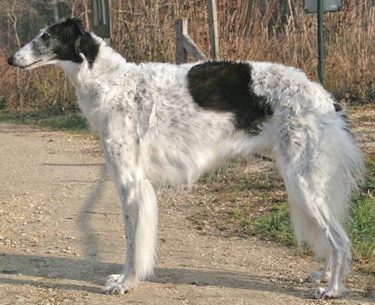 The Borzoi is a long coated impressive sized breed that has a well developed, slightly elongated body and a narrow and long skull. Its appearance which is often referred to as being aristocratic, elegant, exotic and graceful, is also one of pure beauty. The Borzoi is a very old breed with ancestors possibly dating back to the 13th century which is when the first reference of a similar type dog was mentioned.

It has been claimed the Borzoi was developed by crossing a native Russian breed with a Saluki type dog, but this is just an educated guess and no one knows with absolute certainty. It wasn’t until 1650 the first breed standard was written and since then not much has been changed.

Borzois were developed, bred and owned by Russian nobleman and had a significant place in the country’s culture. For hundreds of years, nobility used Borzoi for hunting small game (by sight not scent) as well as wolves for which they earned the name Russian Wolfhound. This name was used the United States up until 1936. Borzois had become popular with European aristocrats by the end of the 19th century and often were given as gifts to royalty.

In 1889, the first Borzoi entered the United States from England and by 1891, the breed was recognized the American Kennel Club in the Hound Group. Today the Borzoi is most commonly used as a companion and family pet, although they are also used in lure coursing and by farmers in the United States to help control the coyote population.

Coat Type: The Borzoi’s coat is long, silky, soft and flat. It is wavy or has short curls. The hair around the neck is dense, plentiful and curly. To help maintain the Borzoi’s coat, it should be brushed daily and bathed only when needed. Females shed seasonally, but if spayed, will shed the same as males – annually. Borzois are heavy shedders. Note: Male Borzois commonly have a more impressive coat than females.

Color: According to AKC Standard, the Borzois coat can be of any color or combination of colors.

Temperament: The Borzoi is affectionate, quiet and intelligent. This breed is loyal and devoted to its family and is generally good with well behaved children – however rough housing is out as this breed does not like type of play. Additionally, supervision with Borzois and children (especially small kids) is always recommended. It is important this breed is properly trained and socialized – starting in puppyhood. Borzois do well in training, but it must be done in a firm, consistent, patient and gentle manner. These dogs can be stubborn and are independent. Borzois need daily exercise – long walks or running are both ideal. They must always be on a lease and if not, then in a secure area since their natural hunting by sight instinct will steer the Borzoi quickly away in the direction of any small animal or game.

Health Problems: Overall, the Borzoi is a very healthy breed. The few health concerns which might be an issue include hip dysplasia (common in all large animals), bloat and torsion, PRA (Progressive Retinal Atrophy) and OCD (Osteochondritis Dissecans). Also, the Borzoi is is sensitive to anesthesia which is common in sight hounds. The average life expectancy for a Borzoi is between 9 – 10 years, however they can also life up to 12 – 14 years. A healthy lifestyle is very important.

Special Interest:
• Even though the Borzoi is a large dog, it is does not have a large appetite.
• The Borzoi is a sight hound known to have exceptionally sharp vision. 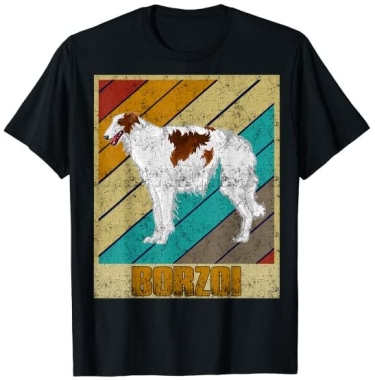