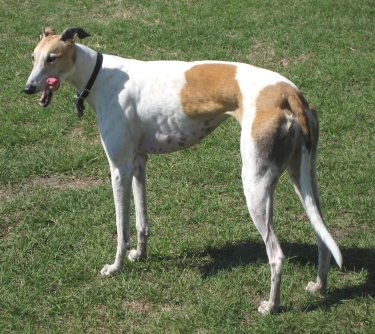 Greyhounds are sleek, muscular and extremely fast and most often used for hunting and sport. There is no question these dogs are one of the oldest breeds, however, there are a few theories regarding their origin.

One theory suggests a type of dog very similar to today’s Greyhound breed was found in drawings in ancient Egyptian tombs. Another specifically disputes this theory and relates the Greyhound to a type of herding dog owned by the ancient Celts in Eastern Europe or Euroasia.

Greyhounds arrived in America most likely by Spanish explorers as far back as the 1500s. They were among the first dogs to be recorded in American dog shows and Greyhounds can be found in the second edition of the AKC Stud Book in 1885.

There are two types of Greyhound – the National Greyhound Association (NGA) dogs and AKC standard. NGA dogs are primarily used in racing and bred for specifically for this. AKC Greyhounds are for show and companionship.

Coat Type: The Greyhound’s coat is short in length, smooth, fine, thin, but firm in texture. Care for the coat is minimal, weekly brush is all that’s necessary. The Greyhound breed is an average shedder.

Color: There are many acceptable colors for the Greyhound breed. Black, white, red, blue, fawn, liver, brindle or any of these colors mixed with white.

Temperament: Greyhounds are intelligent, gentle and even tempered. They are affectionate with those they know and bond well making them a great companion. These dogs are also good with considerate children, but do not like rough play. The Greyhound is sensitive, quiet, loyal and docile. It is important to socialize Greyhounds at an early age to prevent them from being timid. Greyhounds are not high energy dogs as one might think because they are incredibly fast runners. They require basic exercise – running outdoors or long, daily walks.

Health Problems: Greyhounds are generally a healthy breed. Some health concerns include: bloat, bone cancer and esophageal motility disorder which causes difficulty in swallowing and regurgitation of food. The average life span of a Greyhound is between 10 – 13 years.

Special Interests:
• General George Custer was a Greyhound enthusiast.
• Greyhound Bus Lines uses a sprinting Greyhound as its logo.
• Greyhounds can run as fast as 40 mph making them the fastest breed in the world. Greyhounds have very little body fat.
• The fictional character “Santa’s Little Helper” in the animated series, The Simpsons is a brown Greyhound.
• Greyhound racing is known as the “Sport of the Queens” – this is derived from Cleopatra and Queen Elizabeth’s fascination with this breed.
• The Greyhounds used for racing typically were put down when their career was over, now many of these gentle, loyal dogs are put up for adoption and used as a companion making them a wonderful family pet. 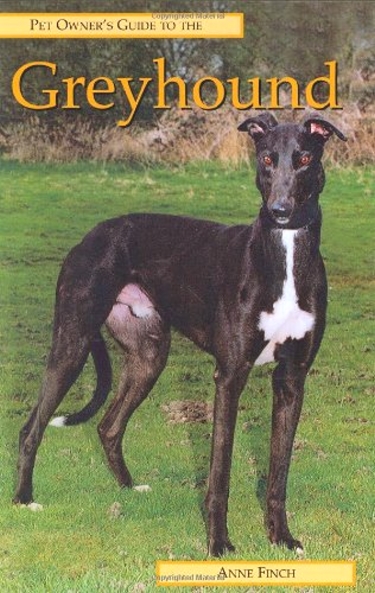 Guide to the Greyhound