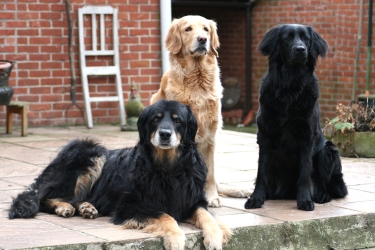 The Hovawart is a medium-large size German dog. The name of the breed means farm watcher, from the Middle High German words hova (yard, farm) and wart (watchman).

In 1473, Heinrich Mynsinger described the Hovawart as one of “The Five Noble Breeds” of Germany. Among its uses was tracking criminals.

In the late 1800s, the Hovawart began to decline in popularity. Newer breeds such as the German Shepherd replaced the Hovawart as a guard and working dog until it had almost disappeared. In 1915, a group of enthusiasts, led by zoologist Kurt Friedrich König, scouted for similar dogs working on farms in the Black Forest region and crossbred them with the Kuvasz, Newfoundland, German Shepherd, Leonberger, Bernese Mountain Dog and an African hunting dog.

In 1922, the first modern Hovawart litter was entered into the German Breeding Register and by 1937 the German Kennel Club officially recognized the breed. Unfortunately, the Hovawart was used in the German war effort and by the end of WWll few remained. In 1947, Otto Schramm and other enthusiasts in Coburg formed a new club, the Rassezuchtverein für Hovawart-Hunde Coburg, and revived the breed

Special Interest:
• One of the healthiest and longest-living of the Working Dog class. 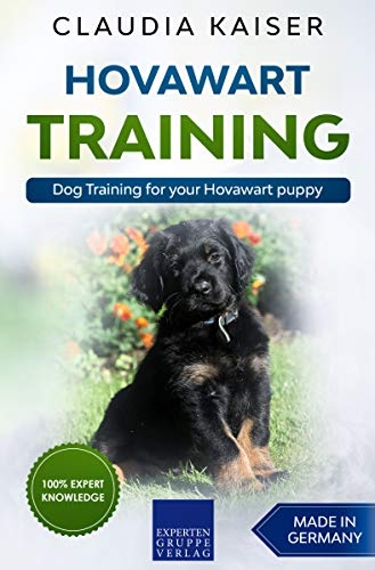