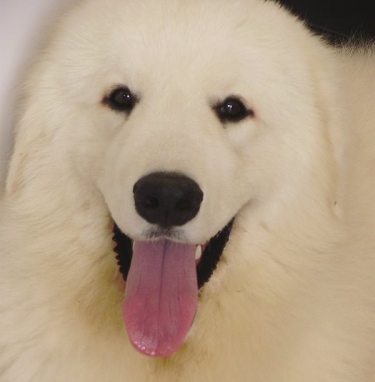 The Kuvasz is a large, white livestock guardian dog. He is a fierce protector, bold and courageous. Scholars believe ancestors of the breed date back to nomadic tribes – specifically the Magyar (Hungarians) tribes – that traveled between Asia and Europe in 2000 B.C. Today’s Kuvasz is without question from Hungary.

During the latter part of the 15th century in Hungary, the Kuvasz was highly regarded and often given to dignitaries as royal gifts. King Mathias Corvinus is known to have always had a Kuvasz as his constant companion and it’s been said he trusted his dogs more then he did his own guardsmen.

For awhile during the Turkish Occupation, the name of this breed was changed to ‘Kawasz’ which means ‘armed guard of the nobility’. However, over time, they were no longer considered royal prized possessions and eventually went back to its original purpose as livestock guardian dogs.

During WWII, the Kuvasz population suffered greatly and came very close to extinction. A factory owner discovered there were only about 30 Kuvaszok remaining in Hungary, so he and dedicated breeders worked together and successfully revived the breed.

Coat Type: The Kuvasz has a dense, medium coarse double coat. The outer is longer and can range from wavy to straight. The undercoat is soft. The longer outer coat sheds in the warmer part of the year. Weekly brushing is all that’s necessary to keep the coat in good condition. Frequent bathing is discouraged since the odorless coat naturally repels water and dirt.

Color: The Kuvasz has a white coat. The white or light color of the Kuvasz breed is for functional purposes – they were carefully bred to be this color so that shepherds could distinguish between wolves and Kuvaszok.

Temperament: The Kuvasz is intelligent and have very strong protective instincts. He is extremely loyal and devoted to his family and will protect them (especially the children) at all costs. They do very well with well behaved children (who do not tease) who are already in the home before you acquire your Kuvasz. Kids who are not part of the family need to be supervised when around this breed. The Kuvasz is curious, bold and fearless. He can also be very independent – which is often perceived as being aloof. These dogs can be wary or reserved with strangers and will bark if he senses something out of the ordinary – which makes him an excellent guard dog. Early training and socialization are absolute necessities because of this breed’s strong protective instincts and independence. Owners always present themselves as the authoritative figure – always dominant. Also, any potential owner must realize that training can be difficult -but as mentioned earlier – is an absolute necessity. Training should be done in a very patient, yet firm, confident and consistent manner. Harsh training is discouraged. The Kuvasz is not recommended for apartment or condo living since this breed is very active loves to be outdoors. Excessive exercise or too much rough play is discouraged for both puppies and adults due to the stress on its bones and tendons.

Health Problems: Kuvasz’ are considered a very healthy breed. Most live on to over ten years of age and many live up to age fourteen. Some health concerns include: bone problems due to the fast growth spurts, hip dysplasia and progressive retinal atrophy (PRA).

Special Interests:
•The Kuvasz Club of America (KCA) was established in 1966. In 1993, the American Kennel Club (AKC) recognized the KCA as the official breed club in America.
• The Kuvasz’ coat is odorless.
• The plural of Kuvasz is Kuvaszok. 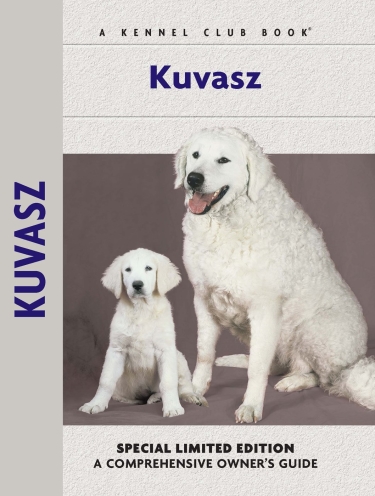