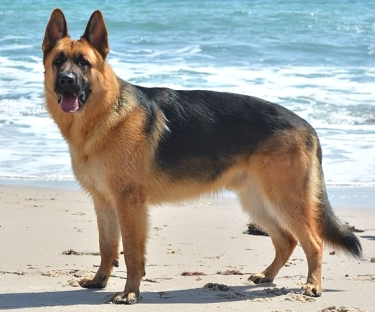 Considered an extremely capable dog, the German Shepherd Dog owes its existence to the vision of Captain Max von Stephanitz. In the 1890s, the German Cavalry officer set out to create a dog with excellent herding and guarding capabilities. This work required a breed with intelligence, loyalty, endurance, strength and a willingness to be trained and worked; and so, it was developed with German herding and farm dogs.

By 1899, The Society for German Shepherd Dogs had created and laid out the breed standard, set up a system for breed registration and issued strict breeding regulations. The breed is now extremely popular throughout the world. It has excelled at more jobs than any other breed, including use as a war dog, sentry dog, tracker, herder, drug dog, and search-and-rescue dog, guide for the blind, to name a few. This German Shepherd Dog requires plenty of room for exercise and activity; obedience training is also recommended.

Coat Type: The double-coat of the German Shepherd consists of an undercoat which protects against temperature extremes, bugs and water, as well as a straight outer coat which lies flat against the body.

Colors: The color of the German Shepherd’s coat is preferably deep and rich, range from black and tan, all black, or varying sandy shades. Regular brushing is required.

Temperament: The German Shepherd is a loyal protector to its family and home. They are confident, intelligent, fearless, and poised yet eager and willing upon invitation. While the German Shepherd should be approachable and friendly, he does not make immediate friendships with strangers. You can and should begin obedience training with a German Shepherd while it is still young.

Health Problems: When buying your German Shepherd, be sure to check the breeder’s reputation; due to its popularity, this breed has been subject to less-than-perfect breeding practices in some cases. Common problems to be aware of include hip dysplasia, and epilepsy which is proven to be genetic, or inherited in this breed. 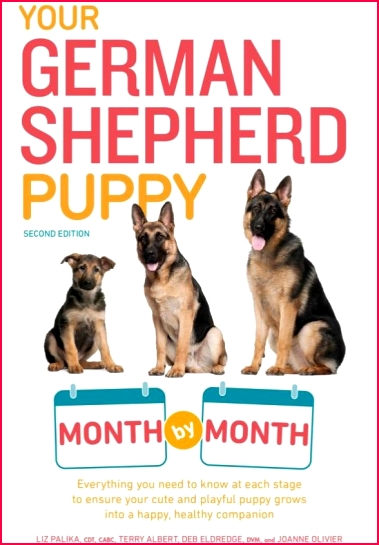