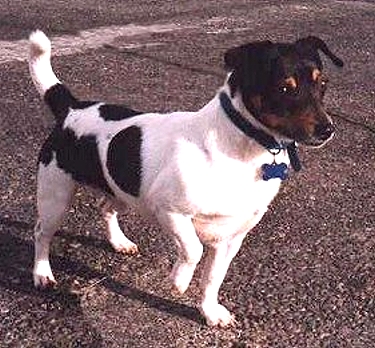 Name after President Theodore Roosevelt (1858-1919), the Teddy Roosevelt Terrier is a small to medium-sized American hunting terrier that is essentially a lower-set, shorter-legged and more muscular version of the American Rat Terrier.

The breed was developed in the United States from dogs such as the Manchester Terrier, Bull Terrier, Smooth Fox Terrier, Beagle, Whippet, Italian Greyhound and the extinct White English Terrier that sailed to the United States with English miners and other English working class immigrants.

It is interesting to note that President Roosevelt never owned a Rat Terrier and played no role in developing the Teddy Roosevelt Terrier. The President owned a Black and Tan Feist (Skip), Smooth Fox Terrier (Scamp) and Manchester Terrier (Jack).

I LOVE MY TEDDY ROOSEVELT TERRIER