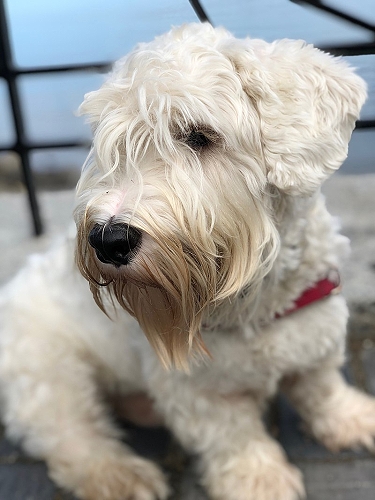 The Sealyham Terrier is small, compact and sturdy. He is proud, very affectionate, inquisitive and sweet natured. The Sealyham Terrier was developed between 1850 – 1891 by Captain John Edwardes who was looking to produce a strain which would have exceptional skills in quarrying small game and fox.

It is believed this type terrier is a result of crosses between hounds, the Dandie Dinmont Terrier, Cardigan Welsh Corgi, Wire Fox Terrier, Bull Terrier and the West Highland White Terrier. The name Sealyham comes from the name of Captain Edwardes estate in Haverfordwest, Wales.

The American Kennel Club officially recognized the Sealyham Terrier in the Terrier Group in 1911 – which is the same year the breed was imported to the United States.

Height: The height for a Sealyham Terrier is about 10½ inches (27 cm) at withers. AKC Standard

Color: The color of the Sealyham Terrier should be all white, although the AKC Standard allows lemon, tan or badger-colored markings on the ears and head.

Temperament: The Sealyham Terrier is very charming, friendly and affectionate. He is loyal, proud spirited and curious. A daily brisk walk, playing indoors as well as free play outside all provide sufficient exercise for this breed which is less active and calmer than other terriers. The Sealyham Terrier is ever keen and alert and will bark if something is out of the ordinary. His owner must be able to consistently show leadership. Sealyham Terriers are wonderful and playful with children, however, they are not suited for the younger kids. Sealyham Terriers can be stubborn and independent. 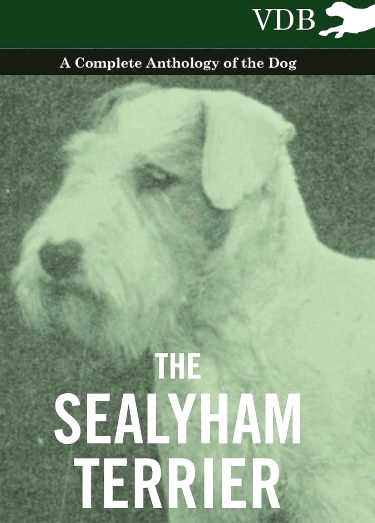