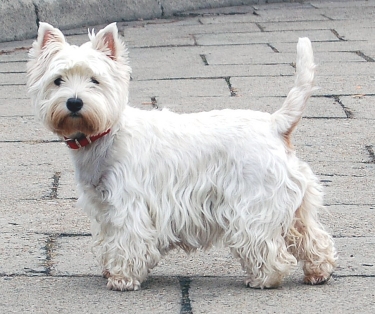 The West Highland White Terrier is a small, sturdy, spunky and compact dog originally bred to hunt small game. The breed is believed to have originated in Poltalloch, Scotland in the nineteenth century. The most popular legend of how the breed came to be, tells us the distinctive all white coat is credited to Colonel Edward Donald Malcolm.

It is believed Malcolm desired an all white terrier after one of his dogs with a reddish coat was mistaken for a fox and was shot. It was at that moment, legend states, that Malcolm decided to make it his mission to produce an all white terrier which would easily stand out during the hunt. Another version of how the West Highland Terrier, or Westie for short, originated was by luck. This story claims that also in the nineteenth century, among a breeder’s litter of Cairn Terriers, there were several all white puppies.

The breeder then selectively bred them to maintain the desirable all white coat. Regardless of which story is true, many are in agreement that in addition to Cairn Terriers, Scotties and Dandie Dinmonts are also very likely related to the West Highland White Terrier.

In 1907, The West Highland White Terrier was first shown in London at the Crufts dog show and in 1908, the breed was officially recognized by the American Kennel Club in the Terrier Group.

Height: The ideal height of a West Highland White Terrier is Ideal height is 10 to 11 inches (25 – 28 cm) at withers. Females are generally just a bit shorter than males.

Color: The color of West Highland White Terrier’s coat is all white.

Temperament: The West Highland White Terrier is charming, hardy and robust. This mischievious breed is also feisty, proud, keen and friendly. The White Terrier makes an excellent and enjoyable family pet and does well with well behaved and respectful children. Westies are very smart, learn quickly and respond best to positive training methods. However, they can become easily bored, therefore, creative training is also recommended. A West Highland White Terrier needs to have an owner which is their pack leader. This breed is alert and makes a good watchdog. Westies have lots of energy and need to be exercised daily – but be warned, his favorite form of exercise is digging! The Westie enjoys country or city life and on a last note, they’re great little vermin hunters.

Health Concerns: The West Highland Terrier is generally a healthy breed, although there are several concerns which include Craniomandibular osteopathy or lion jaw (is a non-cancerous bony growth), Westie Lung Disease (or pulmonary fibrosis), skin and allergy problems and White Shakers Syndrome which small dogs are prone to. The average life span of a West Highland White Terrier is between 12 – 15 years. 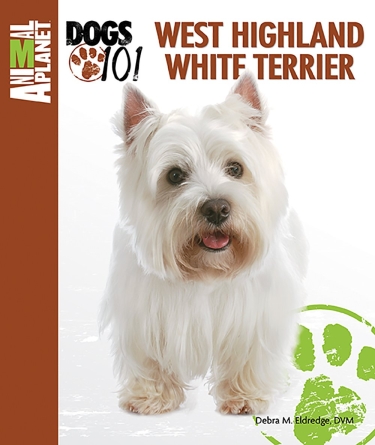