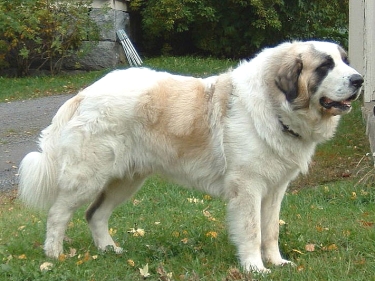 One of the descendants of the molosser dogs brought to Spain by the Phoenicians over 2,000 years ago, that also include the Great Pyrenees and the Spanish Mastiff, the Pyrenean Mastiff, originally known as the Mastiff of Aragon, protected large herds of sheep from wolves and bears during their 250 mile (400 km) migratory trek from the Aragonese and Navarrese Pyrenees in the north to Maestrazgo, Spain until the 18th century.

By the mid-20th century, wolves and bears had disappeared from the Pyrenees Mountains, trains transported the sheep, and back-to-back wars (Spanish Civil War and WWll) had decimated the region’s economy. It was too expensive to support dogs as large as the Pyrenean Mastiff and they slowly began to disappear. By the 1960s, the breed bordered on extinction.

That changed when wolves returned to the Aragon region in in 1970s. Enthusiasts revived the breed from 30 specimens remaining in the mountains. In 1977, the newly named Pyrenean Mastiff was documented as a modern purebred by the Club del Mastín del Pirineo de España in Spain.

Health: Healthy breed. Some may be susceptible to entropion, ectropion, abnormalities of the jaw, bloat and torsion, inflammatory bowel disease and hip dysplasia.

Special Interest:
• Originated from an ancient Molosser-type dog.
• Wore a carlanca (spiked collar) to protect their necks from wolves and bears. 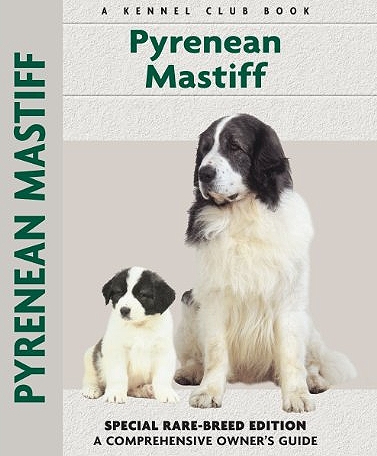