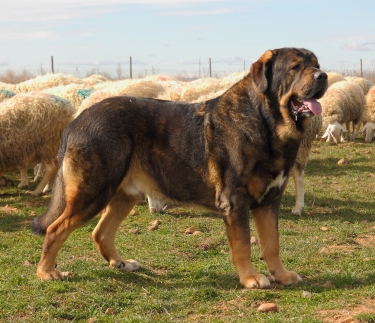 Originating in the Spanish territories of Asturias, Cantabria, Province of León and Province of Zamora, the Spanish Mastiff, or Mastín Español, is a large dog that was traditionally bred to be a livestock guardian dog (LGD) protecting flocks and/or herds from predators.

Mentions of a Spanish Mastiff-like breed on the Iberian Peninsula can be traced back over 2,000 years ago when they were introduced by the Phoenicians prior to the Roman invasion of 218 BC. Virgil, in his poem The Georgics (30 AD), wrote that the Iberian mastiff’s nurturing character would make it the best guardian and defender of the herd.

From medieval times until the mid-20th century, the Spanish Mastiff accompanied herds of Merino sheep during the Mesta, the seasonal crossing of livestock from their summer homes in the mountainous north to their winter pastures in southern Spain. During the migration, the dogs wore a carlanca (spiked collar) to protect their necks from wolves and bears. Today, the Spanish Mastiff is used mostly as a working/herding dog.

The Spanish Mastiff is the national dog breed of Spain. The first breed standard was registered by the Fédération Cynologique Internationale (FCI) in 1946. 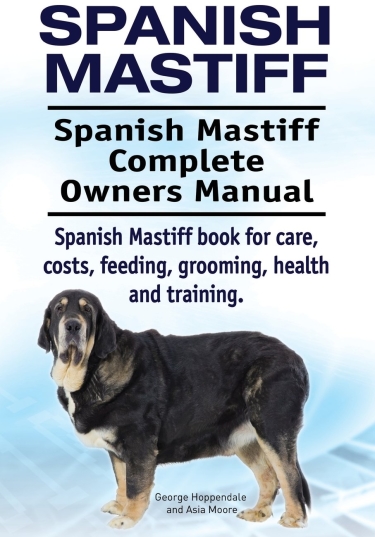