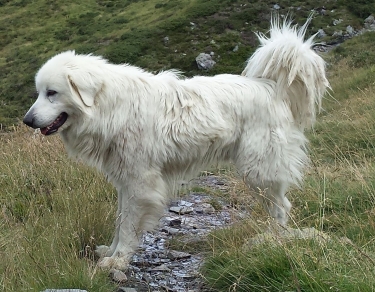 The Great Pyrenees, or Pyrenean Mountain Dog, is a large, elegant dog with a thick, primarily white coat. It is believed the breed originated in Asia or Siberia and then migrated to Europe. Fossil deposits of similar dogs are dated from thousands of years ago.

The breed takes its name from the Pyrenees Mountains in southwestern France where they were used as guardians of the flocks. During the 17th century, the Great Pyrenees was recognized by the court of Louis XIV and named the Royal Dog of France. Not only was this breed desired by farmers and shepherds, but by nobility as well.

The first Great Pyrenees dogs were imported to the United States in 1824 by General Lafayette, however, since this was at the time the breed was no longer fancied by aristocracy, there was no demand and once again, these dogs were mainly isolated in the Pyrenees mountain region. Interest sparked again in the 1930s and more dogs were imported to the US by Mr. & Mrs. Francis V. Crane who were both deeply devoted to this loyal and protective breed. The Great Pyrenees breed was recognized by the American Kennel Club in February of 1933.

Health Problems: May be susceptible to hip dysplasia and also bloating.

Special Interest:
• Related to the Newfoundland.
• Adopted as the Royal Dog of France in 1675 by the court of King Louis XIV.
• Also known as the Le Chien de Montagne des Pyrenees (big dog of the mountains) and Le Chien des Pyrenees (the dog of the Pyrenees). 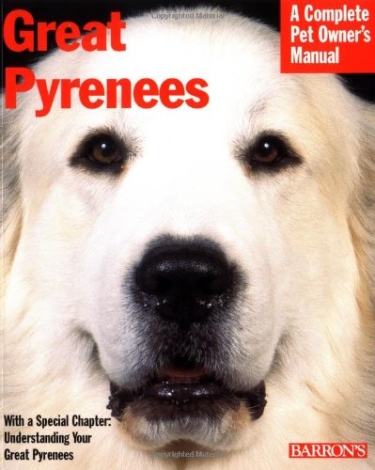