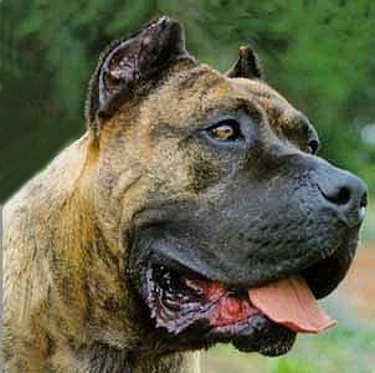 The Perro de Presa Canario or Presa Canario (Spanish for Canarian catch dog) is a large Molosser-type dog originally bred for working livestock. It is the animal symbol for the island of Gran Canaria in the Canary Islands.

The ancestor of the Presa Canario took part in the myths, funeral customs and gastronomy of the Canary Island aboriginals (Guanches). They were buried beside their owners to guide them through the afterlife and some were ceremonially consumed.

After the Spanish conquest (1402-1496), the breed was first documented in 1501 when a Spanish decree allowed the pig farmers (puerqueros)  to possess “one of the larges.” Because of its size and ferocity, the Presa Canario was used to kill the wild island dogs that frequently attacked cattle. It was also used for dog fighting. Between the 16th and 18th centuries, it was illegal for anyone to own a Presa Canario who was not a farmer or hunter.

With the prohibition of dog fighting in the 1940s, and the introduction of the German Shepherd, Doberman Pinscher and Great Dane to the Canary Islands, the popularity of the Presa Canario plummeted. By the 1960s, it was nearly extinct. Fortunately, the breed was revived by enthusiasts in the 1970s.

Health: May be susceptible to hip and elbow dysplasia, osteochondritis dissecans and panosteitis, entropion, hypothyroidism, demodectic mange, epilepsy and cryptorchidism.

Special Interest:
• Also known as the Canary Mastiff, Canary Catch Dog, Canarian Dogo and Dogo Canario.
• Was used for dog fighting until the 1950s (made illegal in the 1940s).
• Importation and sale is prohibited in Australia and New Zealand.
• The post-Spanish Conquest Presa Canario was developed by adding the Iberian Presa, Presa Espanol and the native Bardino Majorero. 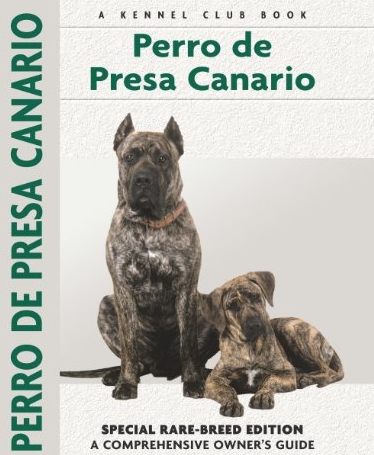