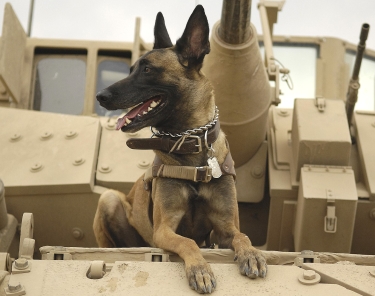 The Belgian Malinois is one of four different types of Belgian Shepherds. The others are the Tervuren, Laekenois and Groenendael. These dogs were bred about a 100 years ago by a group of trainers and competitors seeking an excellent working dog. The name comes from the city of Malines in Belgium.

The Belgian Malinois made its first appearance in the United States in 1911 when some of the best Belgian bloodlines were imported and bred. It remained quite popular only until WWII – after which interest declined. In 1963, breed activity – while slow to start – started to pick up. And, by 1965 the breed was enjoying a renewed and popular presence in the United States.

The Belgian Malinois is recognized for its character, intelligence and talent as a working dog. While these dogs are not as common in the United States, it remains one of the most popular shepherd breeds in Belgium.

Color: The Belgian Malinois colors can vary greatly. Acceptable colors: base color of grey to fawn to mahogany with a black mask and ears, and with some degree of black tipping on the hairs, giving an overlay appearance. The color tends to be lighter with less black agouti or overlay on the dog’s underside, breeching, and inside the legs.

Temperament: The Belgian Malinois is confident and naturally protective of its master and property. Smart, obedient. This breed is not aggressive. Reserved with strangers and affectionate with family or with those he is familiar with. Extensive socialization should begin at an early age. Firm (not harsh) training is necessary. This working breed has a lot of energy and is commonly used as police and guard dogs.

Health: Health problems include epilepsy, cataracts, thyroid, pannus, HD and PRA. The life span of the Belgian Malinois is 10-14 years. 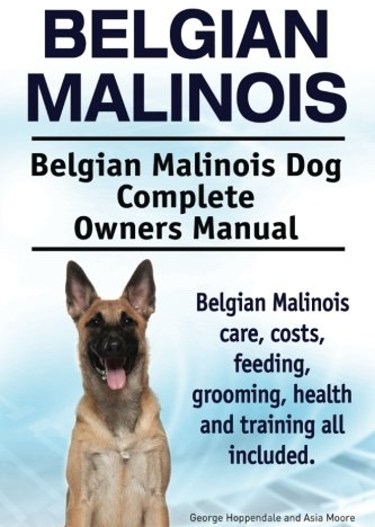