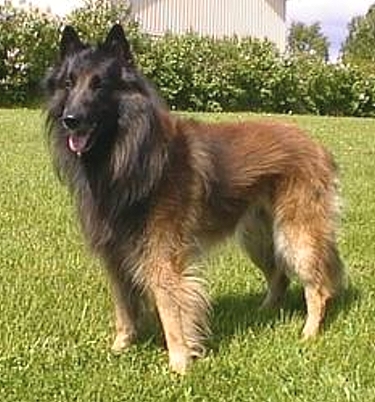 It is believed the name of this breed comes from the village of Tervuren which is where the early founder – M. F. Corbeel resided. It has been said Corbeel bred the fawn colored ‘Tom’ and ‘Poes’ which produced the fawn colored ‘Miss’. ‘Miss’ was then bred with the black ‘Duc de Groenendael which resulted in producing ‘Milsart’. In 1907, ‘Milsart’ became the first Tervuren champion.

The Belgian Tervuren was brought to the United States in 1918, but the breed wasn’t popular and by the time of the Depression, it had had just about disappeared. But In 1953, Belgian Tervurens were once again imported and they have remained moderately popular ever since. Before the Tervuren was recognized as a distinct breed by the AKC in 1959, they were shown as Belgian Sheepdogs.

These medium-sized, balanced dogs are known for their grace, intelligence and for being alert and energetic. While Belgian Tervurens were primarily used by rural Belgium farmers in the past for herding and protection, today they are most commonly used in police work, search & rescue (SAR) as well as in the military and as therapy dogs. Belgian Tervuren s make wonderful, loving companions.

Coat Type: The Belgian Tervuren has a double-coat. The outer coat is long, straight and abundant and the undercoat is dense with fine, black hairs. The Belgian Tervuren’s coat enables this breed to adapt to extreme temperatures or climate. Daily brushing and combing recommended -or- at least two or three times a week. The Belgian Tervuren is a constant light shedder and males shed heavily once a year while the females twice a year.

Special Interest: The impressive appearance of the Belgian Tervuren prompted dog portrait artist Alexandre Clarys to create a famous painting. Prints of the image are still sold to collectors and dog lovers today. 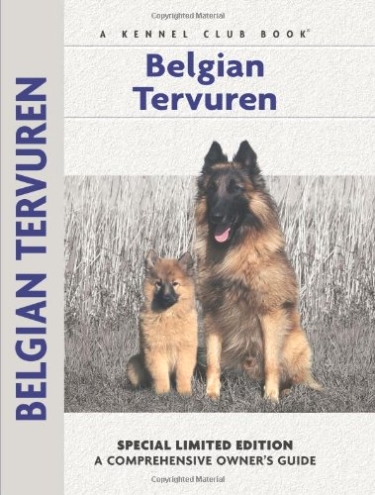