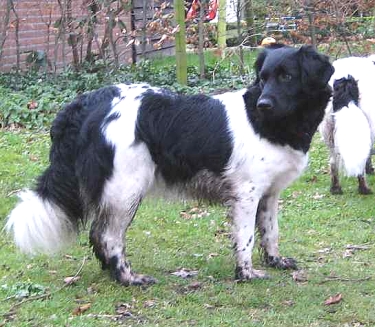 Depicted in 17th century Dutch paintings, the Stabyhoun, or Stabij, is a sturdily built long-coated pointer that is greater in length than height and one of the five rarest dogs in the world. The breed originated in the Frisian forest area, a region in the southeast and east of Friesland in the Netherlands, where it was originally used to hunt foxes, small game, and birds.

Related to the Small Münsterländer and Drentsche Patrijshond, the Stabyhoun is mentioned as far back as the early 1800s in the literature of Joost Halbertsma, Waling Dijkstra and Nynke fan Hichtum.

The Stabyhun was often mixed with another old and rare Friesian breed, the Wetterhoun.  However, in 1942 Stabhoun owners organized for official breed recognition and crossbreeding was stopped.

The breed’s name is derived from the words sta mij bij or stand by me, while houn is the Frisian word for dog and is pronounced “hoon.”

Health: Healthy breed. Some may be susceptible to hip and elbow dysplasia, epilepsy and patent ductus arteriosus (PDA).

Special Interest:
• Also known as the Beike, Stabijhoun and Fryske Stabij.
• Originated in the same Frisian forest area as the Wetterhoun. 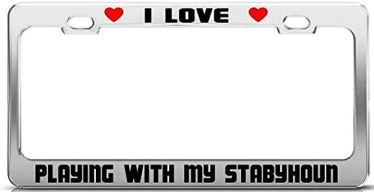