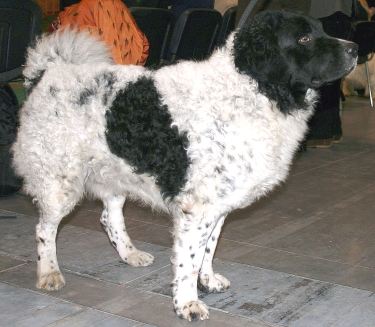 Developed in of the Dutch province of Friesland in the 17th century, the Wetterhoun, or Frisian Water Dog, is traditionally used to hunt small mammals and waterfowl. The breed’s name comes from the West Frisian word “Wetterhûn” meaning water dog.

The Wetterhoun was often mixed with another old and rare Friesian breed, the Stabyhoun. However, in 1942 Stabhoun owners organized for official breed recognition and crossbreeding was stopped.

The Wetterhoun specializes in the difficult and dangerous water-hunting of the European polecat (Mustela putorius) and European otter (Lutra lutra).

Health: Healthy breed. Some may be susceptible to ear infections, hip dysplasia, and patellar luxation.

Special Interest:
• Also known as the Otterhoun and Dutch Spaniel (technically not a spaniel).
• Originated in the same Frisian forest area as the Stabyhoun.
• Most likely descended from the extinct Old Water Dog.
• Nearly became extinct during WWll. 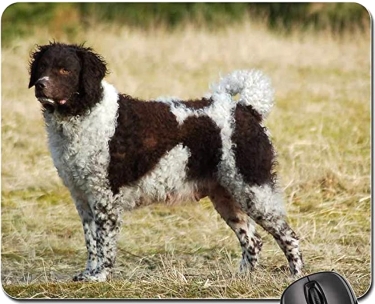