There is no arguing that the Chihuahua is the smallest of all dogs, but there is plenty of disagreement about its origins. Some claim that the breed was developed in Egypt over 3000 years ago, while others claim he is native to the Western hemisphere and evolved in Mexico. Some argue that perhaps the dog came to Mexico from the Mediterranean area during the Spanish Conquest, and yet others believe it arrived in Mexico as little as only 100 years with Chinese traders.

Despite the confusion, the breed was discovered in Chihuahua, Mexico by American tourists in the 19th century who then brought the breed back to the States. It was later crossed with other toy breeds (possibly the Pomeranian or the Pekingese) to create the Long-Coated variety. The Chihuahua enjoys the pampered life and is content in an apartment with occasional exercise.

Coat Type: The original short-coated Chihuahua variety has a short, smooth, glossy coat. The long-coated variety has a longer, soft coat which may be straight, wavy or curly. Grooming needs for the short-haired variety are minimal; the long-haired coat does require occasional brushing to keep the coat clean and free of mats. The short-coat Chihuahua needs extra protection from the elements in harsher, colder environments.

Temperament: The Chihuahua was developed primarily as a human companion, and as such he makes a good pet for the stay-at-home type. He is a jaunty, clever little dog and makes a good watch dog as well.

Health Problems: Chihuahuas are prone to several health issues which include hydrocephalus, epilepsy, seizure disorders, hypoglycemia and eye infections / injury among others. This breed is the only one to have a molera – or soft spot on its head which the Chihuahua is born with. Over time, it should come together, but not always, therefore extra care and caution is needed. The average life span of a Chihuahua is between 10 – 17 years.

Special Interest: Archaeologists have discovered the remains of dogs very similar in structure to the Chihuahua in ancient Egyptian tombs. One distinctive feature, shared by both today’s dog and the mummified remains, was the “molera” or soft-spot on the front of the skull, not unlike that of the newborn baby. 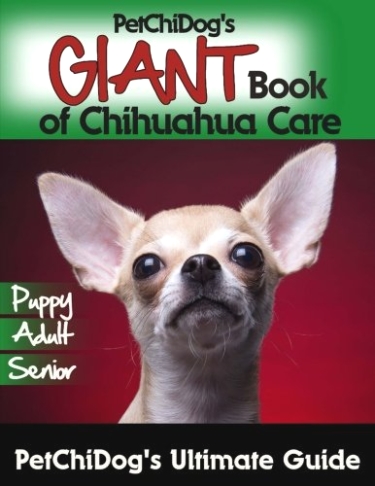