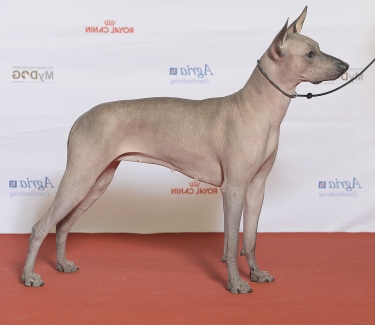 The national dog of Mexico, the Xoloitzcuintli or Xolo, also known as the Mexican Hairless Dog, is an ancient hairless dog found in toy, miniature, and standard sizes. The breed also comes in a coated variety. The name comes from combining the god Xolotl and itzcuīntli meaning dog in Nahuatl.

Ceramic representations of the Xoloitzcuintli, known as Colima Dogs, date back to 900 BC. The indigenous peoples believed the Xolo would safeguard their home from evil spirits and they were often buried with their owners to guide to the soul on its journey to the underworld. Found in burial sites of both the Maya and the Toltec, these dogs were considered a great delicacy and were consumed for sacrificial ceremonies including marriages and funerals.

The breed was officially recognized by the Fédération Cynologique Internationale (FCI) in 1956. 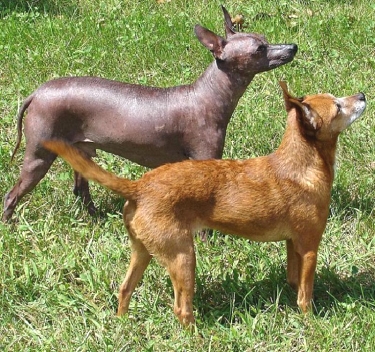 Special Interest:
• Similar in appearance to the Pharaoh Hound.
• Appear in paintings by Diego Rivera and Frida Kahlo.
• Has been mistaken for the mythical Chupacabras of Mexico
• Warmth of their bodies traditionally used to treat aches and pains, rheumatism, asthma, toothaches and insomnia. 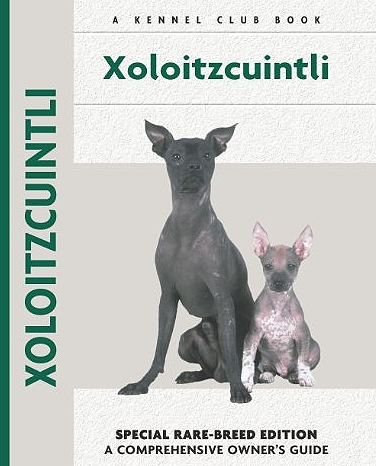