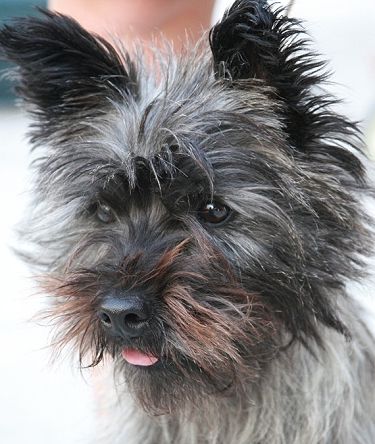 The Cairn Terrier is perhaps the oldest of the purebred British terriers. In Scotland, where the breed originates, it was a common custom to pile stones to mark a grave or property boundaries. Small, wild animals often made their homes in these “cairns.”

In the Western Highlands and Isles of Scotland for the last 500 years or so, breeders kept hounds for traditional hunting and packs of terriers to flush out the smaller vermin from the cairns, hence the name “Cairn Terrier.” The purest strains of these well-muscled, energetic, and short terriers came from the Isle of Skye and had been working there since at least 1810. The breed was officially recognized in 1910 in England, and soon after became popular in North America as well. Cairn Terriers have adapted well to city life and make fine family companions.

Coat Type: The coat of the Cairn Terrier has a profuse, hard outer-coat and a short, soft, dense undercoat, making it very weather-resistant. All colors are acceptable except white. Regular brushing is required and some hand-stripping may be required to maintain the correct outline of Cairn Terrier’s coat.

Temperament: Affectionately referred to as “the best little pal in the world,” the Cairn Terrier is merry, affectionate, and lively. Puppies can take up to two years to settle into “calm” family living, as they are extremely active.

Special Interest: Although the breed has existed for several hundred years in the British Isles, when it came time to designate the breed officially, there was quite a dispute as to what it should be named. Because it had strong ties to the Isle of Skye, fanciers referred to it as the Short-haired Skye Terrier, much to the dismay of the Skye Terrier breeders. In 1910, fanciers at last decided to name their breed the Cairn Terrier to eliminate the confusion that had arisen over the two breeds. 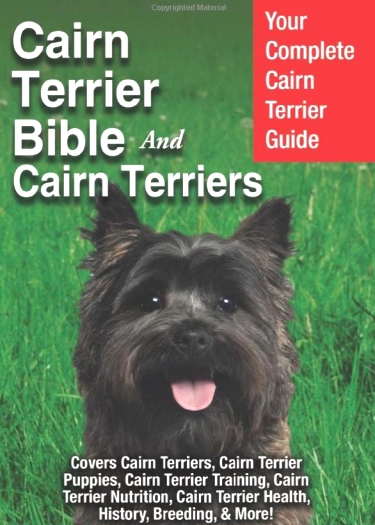