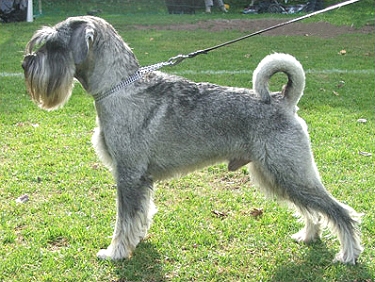 The Standard Schnauzer comes from Germany and is the original breed from which the Giant Schnauzer and Miniature Schnauzer were derived. This is a medium sized dog with a wiry, pepper and salt or solid black coat and a distinctive muzzle and bushy eyebrows. The Standard Schnauzer has a proud stance, is squarely built and is best known for protecting his home and family.

This breed has been depicted in many paintings by famous artists such as Rembrandt, Reynolds and Dürer which date back as far as the fifteenth century. In addition, there have been dogs which were very similar to the Standard Schnauzer dating back to the Middle Ages. This is a working breed which was most commonly used for farm duties, as a ratter and a guardian at home as well as in travel. It is claimed the Standard Schnauzer was developed by crosses with the gray Wolfspitz and black German Poodle.

The Standard Schnauzer was first exhibited in Germany in the 1870s under its original name, Wire-haired Pinscher. While it is believed this breed was imported to the United States sometime right around 1900, there weren’t very many and it was not until after World War I, these dogs had more of a presence in this country. The Standard Schnauzer is very protective, loyal, highly spirited and intelligent. As long as this breed is properly raised, it makes for an outstanding family companion.

The American Kennel Club recognized the Standard Schnauzer in the Working Group in 1904.

Coat Type: The Standard Schnauzer’s coat is wiry, harsh and very thick. The undercoat is dense and soft and the outer coat is rough. Basic grooming consists of regular brushing or combing which will help prevent matting and keep the coat in good condition. Hand-stripping should be done every 4 – 6 months. Standard Schnauzers are very light shedders and do not have a doggie odor.

Color: The color of the Standard Schnauzer’s coat is pepper and salt or solid black. 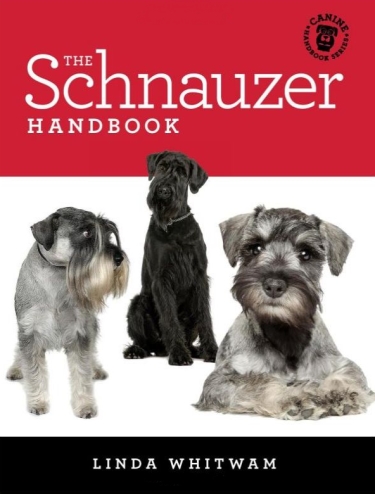