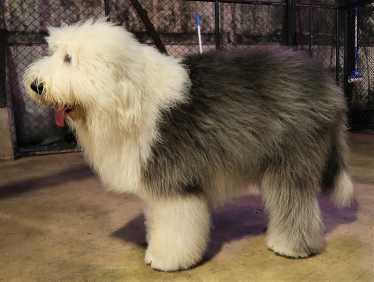 The Old English Sheepdog is a large dog with a characteristic massive, long and shaggy coat which covers the face and eyes. It is believed this breed’s lineage originated in the early 19th century in the southwestern counties of England.

While there are no records to document exactly which breeds contributed to today’s Old English Sheepdog, many agree the Bearded Collie played a significant role. However, others claim it was one of the Bearded Collie’s ancestors – the Russian Owtchar.

Old English Sheepdogs have great stamina and were widely used as a drover’s dog. By the early 1900s, they were already in the United States and were owned, bred and shown by half of the top ten wealthiest American families which included the Vanderbilts, Morgans and Guggenheims.

The Old English Sheep dog was officially recognized by the American Kennel Club in 1905.

Coat Type: The Old English Sheepdog has a profuse, shaggy and straight coat. The texture is coarse and the undercoat is waterproof. The outline and texture of the Old English Sheepdog’s coat should remain natural. Basic grooming which requires a thorough brushing about three times a week for an adult can occupy 3 – 4 hours of your week!

Color: The Old English Sheepdog’s coat color can be “Any shade of gray, grizzle, blue or blue merle with or without white markings or in reverse.” ~AKC Standard

Temperament: The Old English Sheepdog is intelligent and very even tempered. He is loving and thrives when he is with his family. It is important to be aware that this breed demands a lot of love, care and attention from his family – otherwise, behavioral problems may arise. The Old English Sheepdog is excellent with children. He will bark if something is out of the norm, making him a good watch dog (but not a guard dog). These dogs should be exercised daily – at least a long walk, jog, free play or by playing fetch. 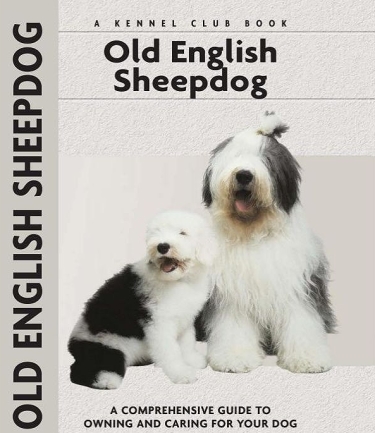