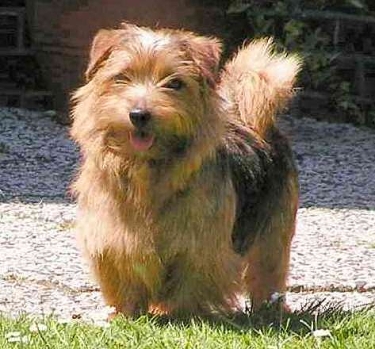 The Norfolk Terrier is a small and active dog. He is sturdy, compact and fearless – yet never aggressive. The Norfolk Terrier is one of the smallest working terriers developed in England as a ratter and to hunt foxes. He was originally known as a Norwich Terrier, but as a separate variety with the most notable difference being his dropped ears.

The other variety – which is known today as the Norwich Terrier breed has pricked ears. England officially recognized these two as separate breeds in 1964 and the American Kennel Club did so in 1979. Over the years, the Norfolk Terrier and the Norwich Terrier have developed into two very distinct breeds.

Norfolk Terriers are charming, affectionate and thrive on human companionship.

Weight: The AKC breed standard weight for the Norfolk Terrier is 11-12 pounds (5 -5½ kg). for the majority of these dogs.

Coat Type: Norfolk Terriers have a double coat. The straight, harsh and wiry outer coat is protective and the undercoat is soft and dense. The length is approximately between 1½ to 2 inches long. The Norfolk Terrier’s coat lies close to the body. While no trimming is required for the Norfolk Terrier, it should be tidied – particularly the top of the head, elbows, around the feet and the tail.

Color: According to the AKC, Norfolk Terriers can be “All shades of red, wheaten, black and tan, or grizzle.” In addition, the AKC states “dark points permissible” and “white marks are not desirable.” 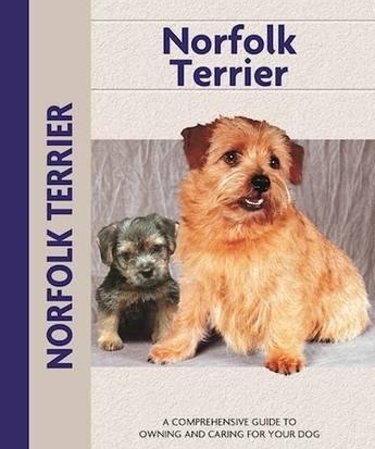