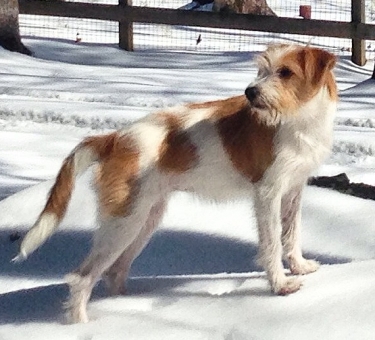 The Kromfohrlander originated in Germany in the 1940s and is the only breed descended from a military mascot. “Peter” was a terrier mix adopted by American soldiers during fighting in northern France in World War II. He successfully made his way to Germany with his battalion, but became separated and was nearly shot by local Germans.

Peter was rescued by Ilsa Schleifenbaum in the state of North Rhine-Westphalia where she bred him over a period of ten years with various dogs such as the Wire Fox Terrier before the Kromfohrlander breed was standardized .

Health: Some may be susceptible to epilepsy, cystinuria, hyperkeratosis and patellar luxation. 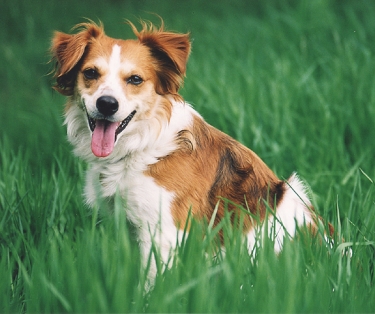 Special Interest:
• Exceptionally rare breed – even in Germany.
• Named after “crooked furrows” (krumme furche) of German farmland.
• Companion dog only (no hunting).
• Known as the “Kromi” (krome-ee) in North America.
• Will flash a “Kromi grin” when meeting strangers. 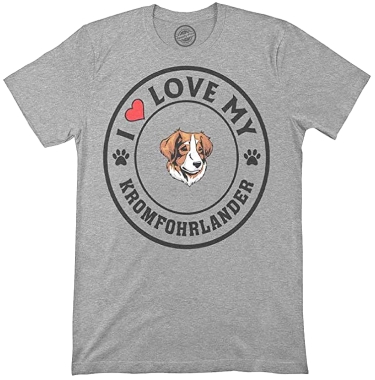 I LOVE MY KROMFOHRLANDER