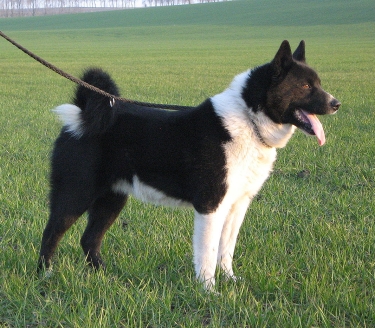 The Karelian Bear Dog (Finnish: Karjalankarhukoira) is a mid-sized spitz regarded as a national treasure in Finland where it is one of the top 10 breeds.

The Karelian Bear Dog originated from the Komi crossbred with hunting dogs from Lagoda’s Karelia, Olonets, and Russian East Karelia. Development of the breed began in 1936 and the first standard was established in 1945

It is traditionally used to hunt small fur-bearing animals, such as squirrels and marten, but, like its Scandinavian neighbor the Norwegian Elkhound, it can also tackle moose, lynx and wolf. The Karelian Bear Dog was named after its superior ability to harass and distract the enormous Eurasian brown bear before the hunter came in for the kill.

Health: Generally healthy dog. Some may be susceptible to hip dysplasia, dental problems, and eye problems.

Special Interest:
• Very loyal, but aggressive towards other animals and strangers.
• Used for bear control at Yosemite and Glacier national parks.
• A silent hunter who only barks once the game is stopped or treed. 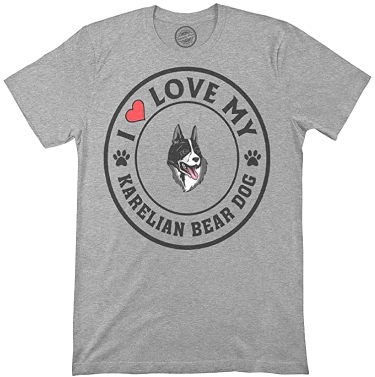 I LOVE MY KARELIAN BEAR DOG