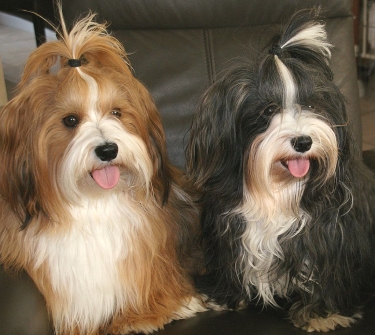 Havanese are small, yet sturdy dogs. The coat is long, silky and profuse, yet very light and soft. The Havanese breed is of the Bichon Type and is described as being playful, alert and intelligent.

It is believed the Havanese breed originated in Tenerife – the largest of the Canary Islands. Tenerife was one of the only ports open to Cuba for trade due to the draconian trade restrictions imposed by Spain on its colonies. Ship’s logs from the sixteenth century are the earliest known records of the Havanese breed. These charming lap dogs made their way to Cuba and where they became a favorite among aristocracy.

In the eighteenth century, wealthy Europeans traveled to Cuba, where even though there were restrictions, the island country prospered on its own and became a popular vacation spot. The Europeans were quite taken by Havanese and took them back to Europe with them. By the mid-eighteenth century, the breed was quite trendy in Spain, France and England – even Queen Victoria owned two and Charles Dickens owned one.

During the 1960s as many wealthy Cubans migrated to the US, a few Havanese made the journey with them. Since there weren’t many, these dogs were rare and almost became extinct. The survival of the Havanese can be credited Dorothy Goodale – a dedicated breeder who made it her “…dream to restore this rare breed to the former glory that it enjoyed in its native land of Cuba.”

The Havanese Club of America (HCA) was founded in 1979 to help gain AKC recognition. In 1996, the breed was admitted into the AKC and the HCA is the AKC Parent Club for the Havanese breed.

Coat Type: The Havanese’s coat is like raw silk floss, profuse, but extremely light and soft. Double-coat which protects against the heat and sun’s rays. Coat can be wavy or curly. Long hair can mat, therefore, regular brushing is recommended to avoid.

Color: All colors of the Havanese coat are acceptable – can be a single color or a combination of colors.

Temperament: The Havanese is playful, alert, friendly, intelligent and easy to train. They love being ‘part of the family’ and they are excellent with children. They do well living in an apartment (which still has enough space for them to be active) and a daily walk is sufficient for exercise. Havanese make a great companion dog and are also make a great watch dog.

Health Problems: The Havanese is generally a healthy breed. Some may be prone to health issues which include: cataracts, PRA, dry skin and patellar luxation. Life expectancy for the Havanese breed is between 14 – 15 years.

Special Interests:
• Havanese are the only native breed to Cuba and is their National Dog.
• Havanese dogs were once called the Havana Silk Dog or the Spanish Silk Poodle.
• The Havanese breed was recognized by the AKC in 1996.
• Havanese dogs were once widely used as circus dogs, likely because the breed is easy to train, learn tricks and because of the way they love to please an audience.
• Havanese dogs are a non-shedding, hyper allergenic breed. Note: There are short-haired Havanese which do not fall into this category. 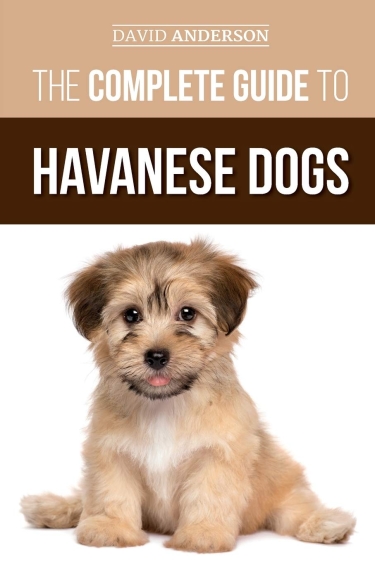