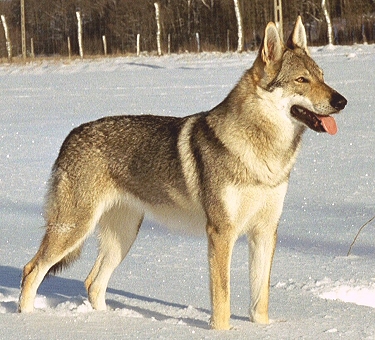 The goal was to create a breed that would have the temperament, pack mentality, and trainability of the German Shepherd, and the strength, physical build and stamina of the Carpathian Wolf.

The result was a new breed that rarely barked and had better navigational skills, night vision, hearing, and sense of smell than a German Shepherd. They also had tremendous endurance with the ability to run 60 miles (100 km) in eight hours and suffer no exhaustion.

Initially, the amount of wolf-blood in the breed was too high, but the proportion was reduced to 6.25% by the fourth generation and this made the breed more trainable and manageable.

The Czechoslovakian Wolfdog was originally developed as attack dogs for the Czechoslovak special forces commandos, but later used in search and rescue, tracking, herding, agility, obedience, hunting and drafting.

The breed was officially recognized by the Fédération Cynologique Internationale (FCI) in 1989.

Special Interest:
• Does not do well with commercial dog food.
• Tends to inherit the rich amber eye color common in wolves.
• Naturally clean breed that is mostly odorless and rarely needs a bath.
• Also known as the Czech Wolfdog, Slovak Wolfdog, Vlcak, CSW, CSWD, and the CSV. 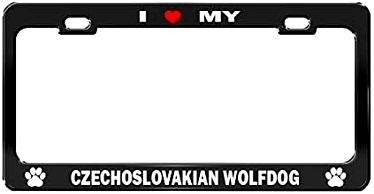 I LOVE MY CZECHOSLOVAKIAN WOLFDOG