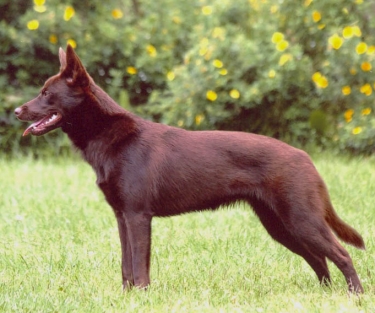 The Australian Kelpie, or simply Kelpie, is a medium-sized Australian sheep dog exported throughout the world to manage livestock, primarily sheep, cattle and goats with little or no guidance.

The first dog known as a Kelpie was a black and tan female pup with floppy ears bought by Jack Gleeson in 1872 from a litter born near Casterton. This dog was named Kelpie after the kelpie, a mythological shape-shifting water spirit of Celtic folklore.

The ancestors of most Kelpies were British dogs known loosely as collies (sometimes spelled colleys). These were mostly black hence the name collie, which has the same linguistic root as the word, coal. The official Collie breed was not formed until more than 10 years after the Kelpie. The first recognized Border Collie was not brought to Australia until 1901.

Until the early 21st century it was claimed that Australian Kelpie were partly descended from dingoes (wild Australian dogs) . In 2019, a genomic study indicated this to be untrue.

Health: Sturdy with few health problems, but may be susceptible to Cryptorchidism, Hip Dysplasia, Cerebellar Abiotrophy and Luxating Patella.

Special Interest:
• There are two varieties: Show / Bench Kelpie and Working Kelpie.
• Was proven not to be related to the Dingo via genetic testing in 2019. 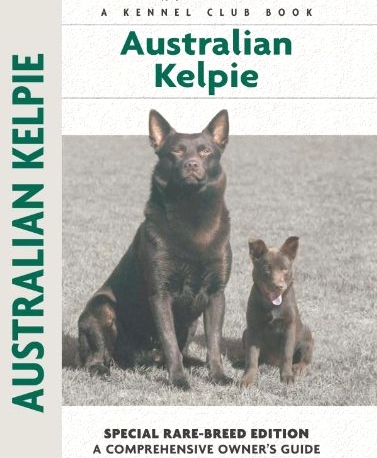