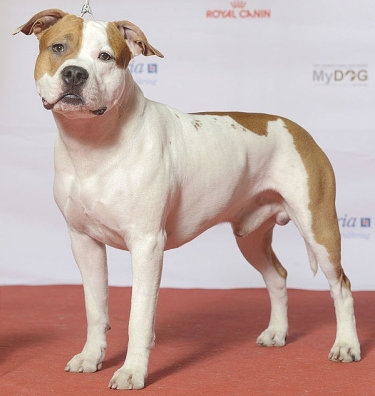 The American Staffordshire Terrier, nicknamed ‘Amstaff’, is a stocky, muscular, and courageous dog. Its powerful stance and appearance can be intimidating, however, a properly trained dog is loving, devoted and affectionate. They’re often trained for use in community service tasks such as pet therapy and search and rescue.

The American Staffordshire origins date back to the 19th Century when early Bulldog and Terrier breeds were crossed in the Staffordshire region in England. The result was a larger, more muscular version of the Bulldog Terrier. Originally referred to as a Bull-and-Terrier Dog, Half and Half, Pit Dog or Pit Bull Terrier, England later renamed the breed Staffordshire Bull Terrier.

British and Irish settlers brought the breed to the United States after the Civil War and used them primarily as fighting dogs. However, they was also utilized as hunting, farm and guard dogs. Once in the US, the breed was recognized as Pit Dog, Pit Bull Terrier, American Bull Terrier, and then later as Yankee Terrier.

After dog fighting was banned in the U.S. in 1900, two strains were developed thus creating two separate breeds: a show strain and a fighting strain. The show strain was referred to as the Staffordshire Terrier and the fighting strain, the American Pit Bull Terrier.

The first Pete the Pup in the Our Gang/Little Rascals series was a UKC registered American Pit Bull Terrier named, Pal, the Wonder Dog. His successor in the series was his son, Lucenay’s Peter (photo below). Technically born an American Pit Bull Terrier, Lucenay’s Peter was registered by the AKC as an American Staffordshire Terrier when they launched the new breed name in 1935. 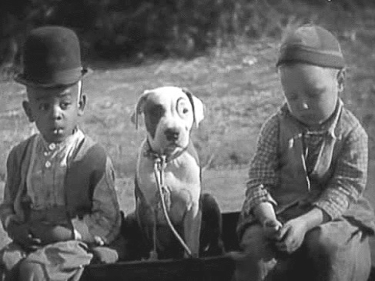 Health Problems: Healthy breed. Some may be susceptible to hip dysplasia, cataracts and congenital heart disease.

Special Interest:
• Recognized by the American Kennel Club in 1935.
• During WWI, an American Staffordshire Terrier by the name of ‘Stubby’ became the most decorated war dog and earned the rank as Sergeant. 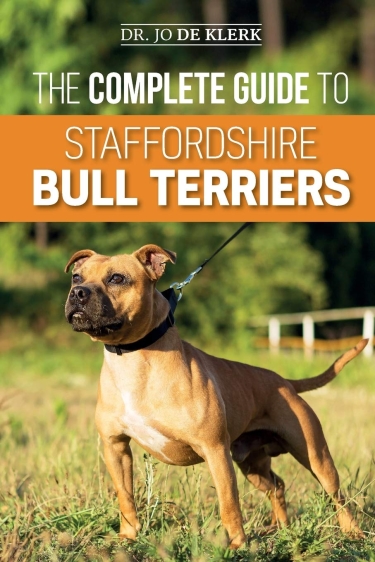