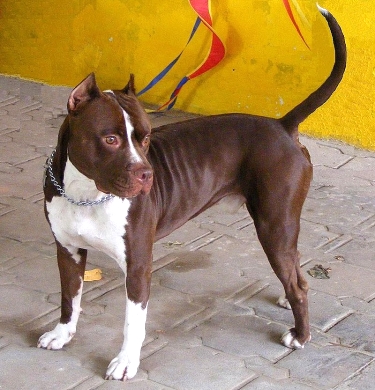 The ancestor of the American Pit Bull Terrier was the Bull-and-terrier, a cross between the extinct Old English Terrier and Old English Bulldog that was bred in Britain in the early 19th century to create a fighting dog that combined the aggressiveness of the terrier with the strength and athleticism of the bulldog.

In Britain, the Bull-and-terrier was used in bloodsports such as bull baiting and bear baiting. With the introduction of the Cruelty to Animals Act of 1835, these bloodsports were outlawed, but a new and more convenient illegal bloodsport emerged that pitted the dogs against each other. This new bloodsport, dog fighting, took hold in the United States after the dog arrived with British immigrants during the period of 1845-1860.

In 1898, based upon its popularity in the United States, the breed was officially recognized by the U.K. United Kennel Club (UKC) as the American Pit Bull Terrier.

Beside dog fighting, the American Pit Bull Terrier was used to catch semi-wild cattle and hogs, hunt hogs, and drive livestock. During World War One, the U.S. military used the dog as a symbol of American power and fearlessness. Unfortunately, dog fighting remained the main use of the breed until 1976 when the bloodsport was outlawed throughout the United States (it did not become a felony in all fifty states until 2008).

The first Pete the Pup in the Our Gang/Little Rascals series was a UKC registered American Pit Bull Terrier named, Pal, the Wonder Dog (photo below). His successor in the series was his son, Lucenay’s Peter. Technically born an American Pit Bull Terrier, Lucenay’s Peter was registered by the AKC as an American Staffordshire Terrier when they launched the new breed name in 1935. 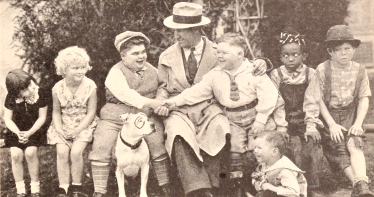 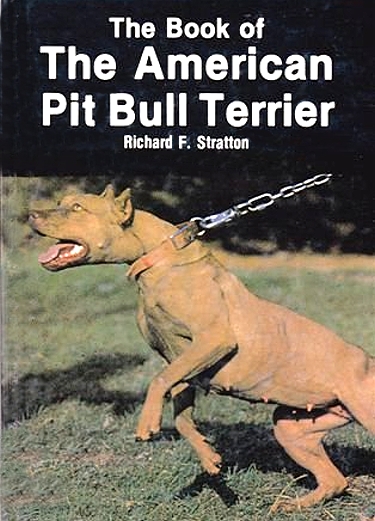