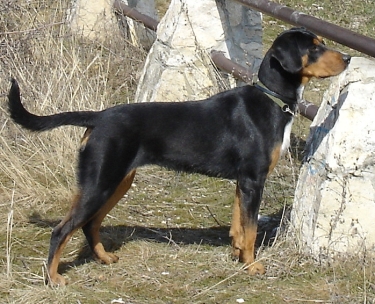 Originating in the 9th century when Asian Hounds accompanied tribes migrating to Transylvania, the Transylvanian Hound (Hungarian: Erdélyi Kopó) is found today in Hungary and Romania.

A favorite of Hungarian aristocracy at its peak of popularity in the Middle Ages, it has a high-pitched, ringing bark for a dog of its size.

The Fédération Cynologique Internationale (FCI) officially recognized the breed in 1968.

Health: Hardy breed with no major health issues. Some may be susceptible to hip and elbow dysplasia. 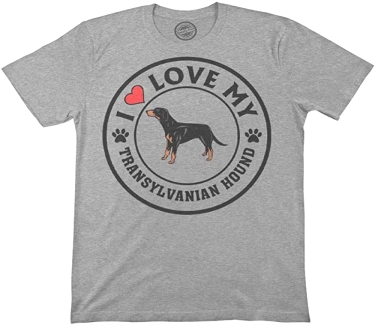 I LOVE MY TRANSYLVANIAN HOUND