The Tibetan Terrier is a medium sized dog with a profuse and protective double coat and characteristic large, round feet. The breed comes from the Himalayas in Tibet and has been in existence for almost 2,000 years. Tibetan Terriers were owned by monks and lived in monasteries in the Lost Valley – an area cut off from civilization after an earthquake in the fourteenth century destroyed its main road.

Tibetan Terriers were treasured and beloved companions famously thought to bring about good luck. This breed was known as a ‘Holy Dog of Tibet’ and was never sold, as legend tells us by doing so could bring bad luck to the family or possibly to an entire village. Instead, Tibetan Terriers were given as gifts, an act which was truly believed to bring good fortune.

They were also given to those highly respected, such as to Dr. Agnes Greig, a doctor from England in the 1920s who had saved the life of a Tibetan. When she returned to India where she had been practicing medicine at the time, she promoted her Tibetan Terrier. She then returned to Tibet to obtain a TT mate which did help produce the first litter outside of Tibet in 1924. When Dr. Greig returned to England, she started the famous Lamleh Kennel and it was from this kennel the first Tibetan Terrier to enter the United States in the 1956 came from.

The Tibetan Terrier was recognized by the American Kennel Club in the Non-Sporting Group in 1973.

Coat Type: The Tibetan Terrier has an long, abundant and protective double coat. The topcoat is thick and has a fine texture while the undercoat is soft and woolly. The coat can be wavy or straight, but not curled. The length of the Tibetan Terrier’s coat should not touch the ground. The coat – which is more like hair and not fur – should be brushed every few days and bathed every week or two.

Color: The Tibetan Terrier’s coat can of any color or combination of colors.

Temperament: The Tibetan Terrier is friendly, very intelligent, happy and affectionate. They make wonderful companions and family pets. Tibetan Terriers thrive on human companionship and are considered a member of the family. Very good natured and loving. A Tibetan Terrier owner must be a pack leader and provide consistent and positive training. This breed is very adaptable and can be laid back or active.

Health Concerns: The Tibetan Terrier is a hardy and healthy breed, but are prone to genetic diseases which includes hip dysplasia, lens luxation and progressive retinal atrophy (PRA). Other health problems include canine neuronal ceroid lipofuscinosis (CCL/NCL), cataracts and hypo-thyroidism. The average life span is 12 years, however, it’s not uncommon for many to live up to the age of 15 or 16.

Special Interest:
• Tibetan Terrier’s are nicknamed TTs.
• The Tibetan Terrier is not actually a terrier at all. When breeds were first introduced to the Western World, it was typical for dogs of this size to be placed in the terrier category. 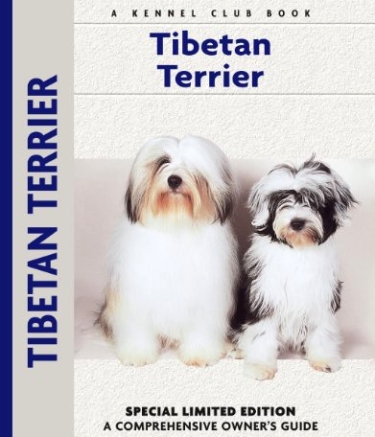