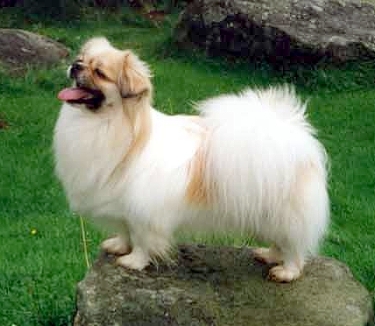 The Tibetan Spaniel is a small companion dog with a silky mane draping around its neck and a plumed tail which curls over the back. This breed is low set, well balanced and slightly longer than tall. The l Spaniel is native to Tibet and lived in monasteries where they were most often placed up high on a wall or window to keep careful watch over the countryside.

They are excellent watch dogs, very alert and have exceptionally sharp vision giving them the ability to see far distances. If anything was out of the ordinary, the Tibetan Spaniel would bark to warn his master – just as they do today.

Tibetan Spaniels were held in high regard and often given as prestigious gifts to royalty of China and surrounding Buddhist countries. Because other small lion type dogs were given back to the monasteries in appreciation, it is believed the Tibetan Spaniel’s ancestors include the Pekingese and Japanese Chin among other Asian breeds. There are depictions of Tibetan Spaniel type dogs found in Eastern artwork which date back to 1100 BC.

The first Tibetan Spaniels arrived in the United States in 1966 and the American Kennel Club recognized the breed in the Non-Sporting Group in 1983. Today the Tibetan Spaniel is most often used as a companion and family pet.

Height: When measured at the shoulder, the ideal height of a Tibetan Spaniel is 10 inches tall (25 cm).

Color: The Tibetan Spaniel’s coat can be of any color. The AKC Breed Standard allows white markings on the feet.

Temperament: The Tibetan Spaniel is happy, friendly, very intelligent and keenly alert. This breed thrives on human companionship and makes a wonderful family pet. Tibetan Spaniels make excellent watch dogs as they do not bark unnecessarily, but will when something is out of the norm. To avoid any behavior issues, the Tibetan Spaniel must have a dominant master and proper training. This breed can be independent and is aloof with strangers. The Tibetan Spaniel should receive moderate exercise such as daily walk. 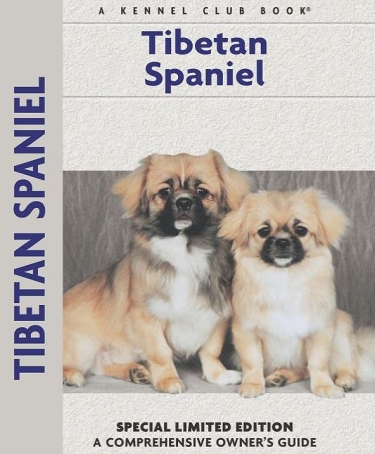