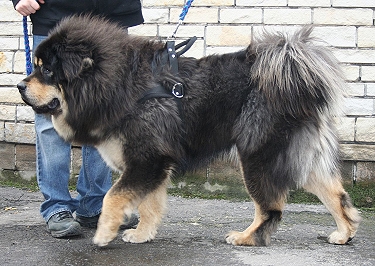 The Tibetan Mastiff is large, powerful, impressive and majestic. This breed has a sturdy and good bone structure, a broad head and an abundant double coat. The first mention of large dogs similar to this breed was around 1100 B.C. in China, yet large dog skulls have been discovered which date from the Bronze and Stone Ages.

It is believed the Tibetan Mastiff’s ancestors date back to primitive times and is quite possibly the initial stock from which many large breeds of today have been developed.

The Tibetan Mastiff, also known as the Guardian Dog of Tibet, worked during the night to guard and protect families and property. For centuries, these dogs remained isolated deep in the Himalayans where they were loved, highly prized and cherished by the natives.

In the 1950s, Tibet had sent President Eisenhower two Tibetan Mastiffs, however, they were sent to a farm in the midwest and soon forgotten. In the late 1960s, several Tibetan Mastiffs were imported to the United States from India and Nepal. Several years later in 1974, the American Tibetan Mastiff Association was founded and in 2006, the American Kennel Club recognized this breed in the Working Group.

Height: The height of a Tibetan Mastiff can range between 24 – 26 inches (61-66 cm) when measured at the shoulder. AKC Standard.

Color: The color of a Tibetan Mastiff’s coat according to AKC Standard can be “black, brown and blue/grey, with or without tan markings, and various shades of gold.”

Temperament: The Tibetan Mastiff is independent, loyal, and very intelligent. As natural guardians, they are very protective and make good watch dogs, but do have a tendency to bark a lot at night due to their background working during the night shift. They make a great companion, family pet and are good with well behaved children who are respectful (of course due to such a large size, small children should always be supervised to avoid unintentional injury). Early socialization and consistent training are absolutely imperative for Tibetan Mastiffs since this strong-willed breed was raised and trained the same way for thousands of years. In addition, Tibetan Mastiffs are aloof, stubborn and will think they know better than you. If one does not have the time for proper training as well as consistent socialization, a Tibetan Mastiff may not be the right breed for you. If raised properly, a Tibetan Mastiff is an affectionate, trusted and pleasurable companion. Tibetan Mastiffs should be taken on daily walks, but never left off a leash in a unsecured area. This breed can become bored easily, so it’s important to keep him physically and mentally active. Tibetan Mastiffs love to dig and with their powerful jaws, have been known to chew through doors, fences and even concrete.

Special Interest:
• The Tibetan Mastiff competed in the Westminster Kennel Club Dog Show for the first time in 2008.
• The Tibetans refer to this breed as Do Khyi which means ‘tied dog’. Tibetan Mastiffs were chained all day and then let loose at night to guard people and property from animals as well as human intruders.
• A Tibetan Mastiff was sold in 2009 for $582,000 to woman in China known only by her surname, Wang. The black Tibetan Mastiff was renamed Yangtze River Number Two and is believed to be the “World’s Most Expensive Dog”. 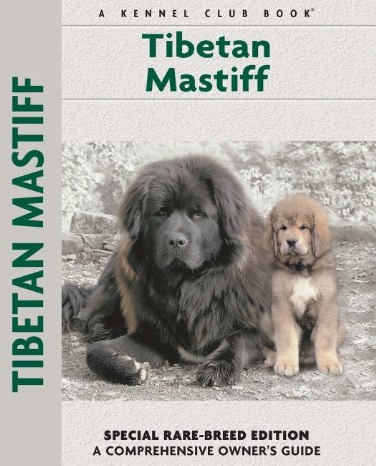