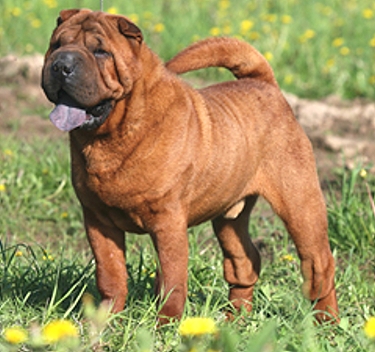 Despite the fact that it may well be one of the oldest breeds in the world, until recent years the Chinese Shar-Pei (which means sand-paper coat in Chinese) was also considered one of the rarest. The breed has existed in China for over 2000 years and fanciers believe the breed was originally used as a fighting dog.

This rare breed almost became extinct during China’s politically charged years in the 1970s. Fanciers in Hong Kong and Taiwan appealed to American dog-enthusiasts for help in saving and perpetuating the Chinese Shar-Pei. Several of the dogs were exported to the States, where breeders began programs to help bring back the breed.

Now the Chinese Shar-Pei is extremely popular and is no longer in danger of disappearing. This unusual dog has a blue-black tongue, similar to the Chow Chow’s; it also has extra saggy wrinkles as a pup which he tries to fill out as he grows up. The loose skin is said to have made him less vulnerable in a dog fight. The Chinese Shar-Pei requires moderate exercise on a regular basis.

Coat Type: The Chinese Shar-Pei has two coat lengths, the shorter “horse” coat, and the longer “brush” coat. The coat is short and smooth; the skin is looser and more wrinkled on shoulders, neck and head.

Color: Any solid coat color is permitted with darker shading allowed on the ears and back. When grooming the Chinese Shar-Pei’s coat, be sure to check and clean skin folds to avoid skin irritations.

Temperament: The Shar-Pei is at first wary of strangers and is intensely loyal, devoted to and protective of his family. He is also smart and charming, which wins him admirers everywhere.

Health Problems: Chinese Shar-Peis may be affected by skin problems due to the many folds; eyelid problems due to heavy wrinkling on brow; tight lower lip. Although in the past, the life expectancy for a Chinese Shar Pei was no more than 8 years, today it’s possible for this breed to live up to the age of 12.

Special Interest: In China, this dog is often referred to as a melon head, or a grandma face. 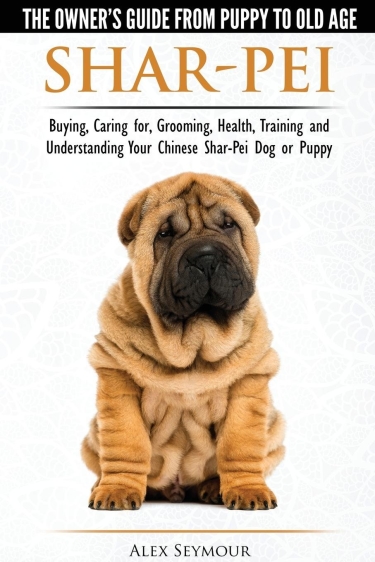