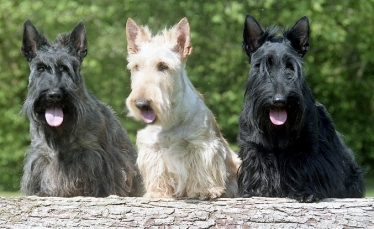 Although the history is somewhat unclear, the Scottish Terrier descends from a long line of terrier ancestors that has existed in Scotland since well before the 16th Century. All of these terriers, referred to as Scotch Terriers, were well-developed, hard-working assistants who helped keep down the population of rats, otter, fox and wild cats.

It wasn’t until the advent of the dog show in 1859 that an effort was made to sort out the various terriers and to establish standards and uniform type. By 1881, The “Hard-Haired Scotch Terrier” was officially recognized and, two years later, the name was changed to Scottish Terrier. In 1881 this breed was imported to Canada, and it found its way to America shortly after. The Scottish Terrier adapts to all living conditions but needs a brisk, daily walk.

Coat Type: The Scottish Terrier has a double coat. The outer coat is hard, wiry and about 2″ (5 cm) in length. There is a soft, dense undercoat as well.

Color: Colors of the Scottish Terriers coat ranges from gray to black to brindle to wheaten. Considerable effort is required to keep this breed well-groomed.

Temperament: Like most terriers, the Scottish Terrier is feisty and mischievous with other dogs but is also intensely loyal to family members. He is lively and playful and makes a good watch dog.

Special Interest: For a short while in the 1800s, the Scottish Terrier was mistakenly referred to as the Aberdeen Terrier. This is because many of the original winners at the dog shows had been bred by a breeder from Aberdeen, Scotland.

• A Scottish Terrier by the name of “Sadie” is the 2010 Best in Show Winner at the 134th Westminster Kennel Club Dog Show.
• President GW Bush had two Scottish Terriers named Barney and Miss Beazley. 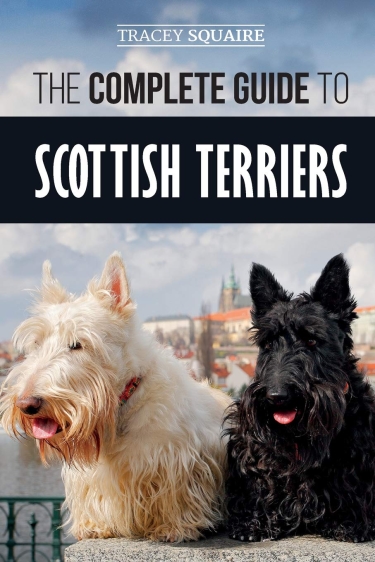